Home>News>Paving the Road to Hell with Good Intentions, by ECAS Director

Paving the Road to Hell with Good Intentions, by ECAS Director 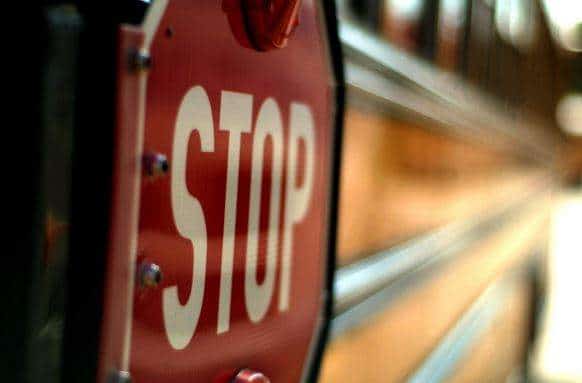 Europe is experiencing multiple crises. The influx of refugees and the terrorist attacks have created a framework in which core EU rights and freedoms are continuously challenged and major revisions of core EU policies seem possible as long as there is a promise for more security. Politicians seem to have forgotten however that everything comes at a price. Any restrictions of free movement, which is the most cherished EU right by the citizens, will be very costly for the EU not only in terms of rights and freedoms sacrificed but also in terms of money. As EU citizens will be paying the entire bill for generations to come, they should know the “price”. Moreover, it should be up to EU citizens to decide on the Europe they want their children to live in.

The tragic events in Paris two weeks ago were shocking. So was the follow-up: the Brussels’ lockdown for a week with military forces on the streets and soldiers “guarding” the Christmas tree at the empty Grand Place brought fear, distrust and suspicion to anyone “different” in the heart of the EU. Neither the purpose of the extreme measures was made clear to the citizens, nor the outcome.  Many Member States restored border control and the excessive checks at the external borders do not differentiate between EU citizens and third country nationals.

While one may argue that all those measures are temporary, necessary for the moment and will end soon, the EU policy response to the crises so far has not been more reaffirming. Calls for re-designing Schengen into a mini Schengen or even abolishing the agreement are stronger than ever and are gaining popularity.

The Passenger Name Record (PNR) Directive rejected in 2013 by the European Parliament for lack of proportionality of the proposed security measures versus citizen rights at the time is on the table again, this time even extended in scope: the exchange of passengers’ data will apply for inter-EU flights as well. If adopted, any EU citizen could be prevented from boarding the plane he/she has bought a ticket for if considered to represent a “public security threat”. As the latter is not defined in the Directive, the discretion for deciding if one represents such a threat will be left to the relevant authorities with the risk of turning an exceptional preventive measure into a standard surveillance procedure.

In turbulent times of crises when everything seems possible, it is of paramount importance to preserve our “common sense” especially with regard to the adoption of any policy or legislation which would re-shape the EU and change the life of its citizens for good. Otherwise the good intentions might indeed be paving the road to hell.

If the right of free movement is going to be restricted, there should be a very good reason for it and most importantly, EU citizens should know about it. This involves also making sure that this very purpose could not be achieved in any other way and especially by optimising the use of the already existing instruments such as the Schengen information system (SIS) and by strengthening the cooperation within FRONTEX and EUROPOL.

In addition to the value-based assessment of jeopardising EU citizen rights and freedoms, hindering free movement in the EU will have a major impact on individual citizens, on European societies and on the EU economy as a whole:

EU citizens cross borders for work, study, love. Any discouragement of free movement may have an impact on employment, education, family re-unification in a short and long term.

Restoring borders will have a direct impact on at least 700 000 frontier workers on a daily basis but moreover it will have serious economic consequences for the national economies due to their reliance on trade, transport and labor mobility.

Europe-wide it will decrease the potential of free movement of workforce for absorbing asymmetric economic shocks within the EU. As labour mobility contributes to human capital development and innovation, restricting it will likely slow down the EU post-crises economic recovery and could diminish its overall global competitiveness.

3) Communicate honestly and openly to the EU citizens the outcomes

In May this year Junker’s Commission adopted the EU’s Better Regulation agenda and Better Regulation Guidelines stating the EU institutions’ commitment to carry out high quality and transparent consultations with citizens and inception impact assessments of every important legislative act. Time has come for EU decision-makers to prove to their citizens that they act on what they preach for. EU citizens should be the ones to choose whether to take the road leading to Europe of fewer rights and freedoms.

Read the article on EU Observer

The author of this article, Assya Kavrakova, is the Director of the European Citizen Action Service (ECAS) – an international non-profit organization, based in Brussels, with a pan-European membership and 24 years of experience in EU citizens’ rights enforcement and civic participation in the EU decision-making process.