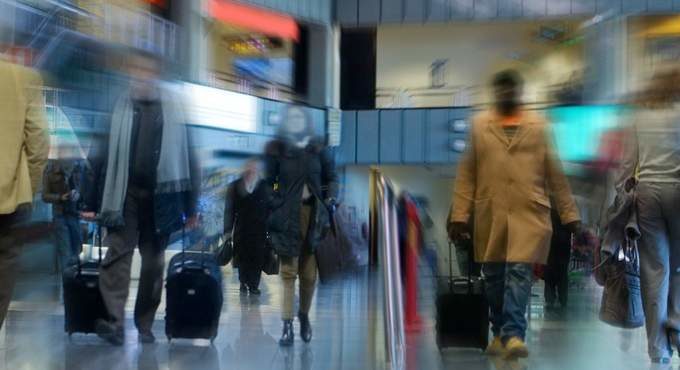 ECAS and the European Movement International (EMI) are very concerned about the implications that the proposed Passenger Name Record (PNR) Directive may have for free movement and fundamental rights of EU citizens. We have produced a join set of key recommendations that have been sent to the relevant EU decision-makers in the European Parliament, the European Commission and the Council of the EU. While we acknowledge the importance of stepping up efforts to better cooperate on security at EU level, given the threats Europe is exposed to, we stress the need to strike a balance between security measures and the EU’s fundamental rights and values.

Read our common position below (also available in PDF format).

The challenges of an ‘old’ new proposal for the PNR Directive

The new discourse on security since the terrorist attacks in France and Denmark in January and February 2015 has revived the work on the EU Passenger Name Record (PNR) Directive, which was originally proposed by the European Commission in February 2011. The proposal was initially rejected by the European Parliament’s LIBE Committee in April 2013 on the grounds that it did not fulfil the principles of necessity and proportionality enshrined in article 5 of the Treaty of the European Union (TEU).

Amidst the looming security threats in Europe, however, the EU PNR Directive is once again on the agenda and the EU institutions are committed to reaching an agreement on it by the end of 2015.

While we acknowledge the importance of security measures to prevent new terrorist attacks in Europe, these measures should strike the right balance between security on the one hand, and citizens’ rights – including free movement – on the other. As civil society representatives, we are deeply concerned about the impact that the PNR Directive may have on the right to free movement of EU citizens, as well as about the citizens’ guarantees surrounding it.

Our balance of the European Parliament’s position

There are several positive amendments included in the second draft report of the European Parliament, such as narrowing the scope of the use of PNR data by circumscribing the definition of ‘serious transnational crime’ to a list of specific offences. In addition its emphasis on the principles of necessity and proportionality and the various references to the European Court of Justice’s jurisprudence and to the EU Charter of Fundamental Rights and Values, to the European Convention on Human Rights and to other relevant international conventions are very encouraging. However, we still have major concerns with regard to some of the new elements included in the Proposal.

We are particularly concerned with the potential inclusion of intra-EU flights in the scope of the Directive, which is in contrast to the Commission’s initial proposal that focused only on international flights. While the inclusion of international flights would already have significant implications for EU citizens’ ability to exercise their right to free movement, the extension of this proposal to also cover intra-EU flights will only exacerbate this problem. This is especially important when one considers that intra-EU flights account for the largest share of air passenger transport in the EU (44% of flights), ahead of extra-EU (38%) and national flights (18%) (see Eurostat air passenger data from September 2015).

We are equally concerned about the Parliament’s proposal to broaden the scope of the use of PNR data for the prevention of immediate and serious threats to public security, in addition to the prevention of ‘serious transnational crime’. By extending the scope of the proposal to include a vague expression regarding what may constitute a ‘public security threat’ in each Member State, we run the risk of turning an exceptional preventive measure into a standard surveillance procedure. This could have significant implications for free movement rights in the EU, in addition to consideration of privacy rights’.

Moreover – and in line with the EU’s Better Regulation agenda approved on 19 May 2015 and with the European Commission’s Better Regulation Guidelines stating the EU institutions’ commitment to carry out high quality and transparent consultations with all the relevant stakeholders and to undertake impact assessments (IA) to assess the need for EU action – we believe that a new impact assessment and a thorough consultation open to all citizens should be undertaken on this matter. While an impact assessment and a stakeholder consultation were already undertaken in 2011, the content of the text has undergone substantial changes compared to the Commission’s initial proposal, along with the surrounding context. As a result, the conclusions have become outdated and should be reviewed in light of the updated proposals.

Finally, while we welcome the Parliament’s efforts to stress the passengers’ right to be informed about the processing of their personal data in an easy and understandable format, as well as about their rights as data subjects, we regret the lack of concrete guarantees of the action(s) citizens can take when stopped at the border on grounds arising from their passenger records. We believe that citizens should not only be informed about their rights, but also about the actions they can take if they are faced with limitations to their free movement rights based on security grounds.

In order to address the challenges identified above and avoid unnecessary and disproportionate security measures which can have a negative impact on one of the most valued outcomes of EU integration, the free movement of people (according to EU citizens in the June 2014 Eurobarometer report), we call on the EU institutions to: