Empowering citizens in order to create a more inclusive and stronger European Union by:

Promoting and defending citizens’ rights.
Developing and supporting mechanisms to increase citizens and citizen organisations’ democratic participation in, and engagement with, the EU.

ECAS believes in an inclusive, transparent, citizen-centric and democratic European Union in which citizens’ rights are at the heart of decision making at all levels and in which citizens are informed, consulted and active participants.

Peace is the heart of the European Union and the source of our citizens’ rights as Europeans! Europe should protect its heart – whatever it takes.

In the last several years, there has been a growing feeling of disconnect between the European Union and its citizens. On the one hand, people have been questioning the Union’s legitimacy, often expressing that their voices are not being heard or that they matter. On the other hand, the EU has not been visibly doing much to convince them of the opposite. With Euroscepticism, disinformation and populist movements comfortably settling in-between, the sustainability of the European project is at stake.

The COVID-19 crisis has further exposed the gaps in European solidarity. However, the response to its impact, based on recovery and reconstruction, is an opportunity to effectively address some of these issues. Doing so must involve all stakeholders – from the European institutions and Member States to businesses, civil society organisations and citizens themselves. The latter group needs to have access to tailored, citizen-friendly channels for making their voice heard so that their relationship with decision-makers becomes more of a partnership for the co-creation of future policies.

Drawing on its expertise and 30 years of experience in empowering citizens to exercise their rights, ECAS has elaborated a set of eight recommendations to stakeholders, which we believe will bring us closer to a ‘citizen-centric European Union’.

The recommendations cover issues that fall under our two focus areas, EU Rights and European Democracy.

Each Recommendation is illustrated by a video explaining the background of what we ask for. ECAS believes that Commission and Parliament should do more in order to ensure that the practical implementation of the freedom of movement and other EU citizenship rights measure up to the spirit of the European legislative framework and the values of solidarity and non-discrimination it promotes. 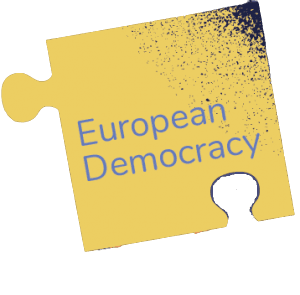 An important societal transformation is taking place throughout Europe and across the world.

On the one hand, a new deliberative-collaborative e-democracy model is emerging which can contribute to a more open and inclusive form of policy-making by involving citizens through the use of Information and Communication Technology (ICT). On the other hand, Europeans are confronted with increasing threats such as populism and online disinformation that undermine the foundations and institutions of our democratic societies.