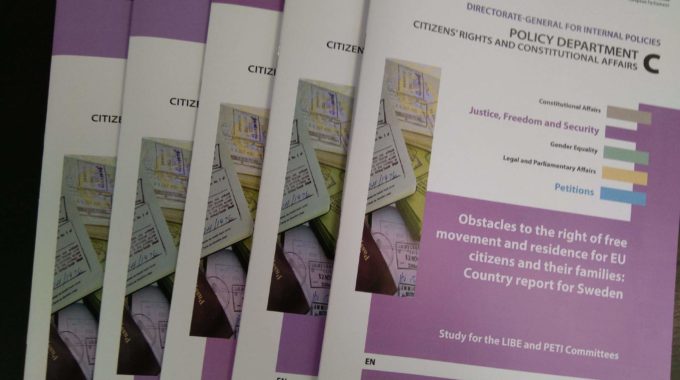 Data provided by the YEA Quarterly Feedback Reports has provided the basis to a series of reports issued by the European Parliament’s Policy Department for Citizens’ Rights and Constitutional Affairs, at the request of the LIBE and PETI committees.  These reports, issued between June and September 2016, analyse the current state of implementation of the Citizenship Directive (2004/38/EC) in the different Member States and identify the main barriers that persist to free movement and residence rights for EU citizens and their family members, as well as discriminatory restrictions.

Your Europe Advice is an EU advice service provided by legal experts from ECAS operating under contract from the European Commission. It consists of a team of 63 lawyers who cover all 24 official EU languages and replies to questions from citizens or businesses on their personal EU rights. Every year the Your Europe Advice experts answer about 21,000 enquiries.

As part of its contract with the European Commission, ECAS prepares quarterly reports for the European Commission which outline key trends about recurring problems and implementation gaps encountered in the different Member States, based on the enquiries received from citizens. These issues will be addressed at ECAS’ Conference “Free Movement of Persons in the EU: A Loved and Feared Reality”, which will take place on 12 April at the Press Club in Brussels.