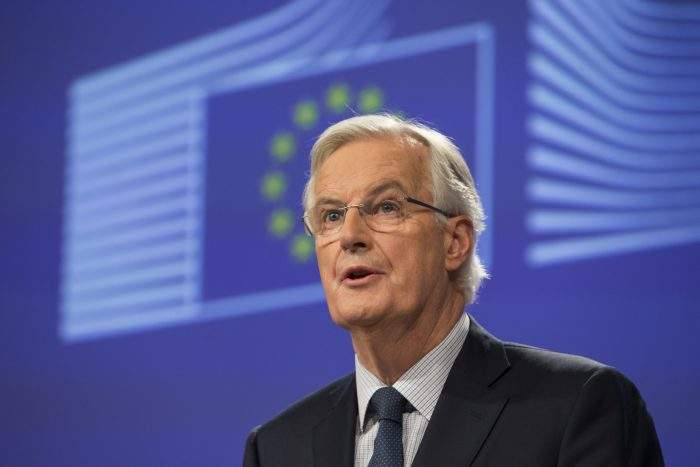 Friday’s terms go several steps further than a UK government paper issued last June on the post-Brexit status of EU citizens in the UK and UK nationals in the EU. In a previous post on the Citizen Brexit Observatory we called the offer in the UK government paper a “consolation prize”. How much more “consolation” does Friday’s report provide? This post addresses this question from three perspectives: the legal value of the ‘deal’ entailed in the report; good news for the affected EU and UK citizens; and, overall losses in terms of EU citizenship rights and content.

Friday’s divorce deal and its value

British newspapers emphatically referred, on Friday, to the achievement of an historic ‘divorce deal’ between the UK and the EU. The joint report of the Brexit negotiators certainly proposes a deal. However, to what extent the eventual divorce will reflect the agreement reached in principle on Friday and whether its current terms will remain written in history is yet to be seen. Friday’s document is more political than legal. On the part of the EU, it accompanies the European Commission’s recommendation to the European Council that sufficient progress has been made to open phase two of the Brexit negotiations – that is, discussion of the future relationship between the UK and the EU.

The European Council will decide between December 14 and 15 whether to accept this recommendation. If that is the case, the terms of the joint report will have to be translated into a formal withdrawal agreement. This agreement will then need to be concluded by the Council, with the consent of the European Parliament. Only upon completion of that procedure, set out in the famous Article 50 of the Treaty on European Union, will Friday’s terms become a hard, legal commitment. Between now and then, everything can still change. In the wording of the European Council guidelines on Brexit negotiations, and of the joint report, “nothing is agreed until everything is agreed”.

Good news for the affected EU and UK citizens

Formalities aside, on a substantive level, Friday’s report certainly brings some good news for EU citizens in the UK and UK nationals in the EU, compared to the promises advanced over the summer. First the proposed divorce deal embraces a larger group of EU citizens than previously considered by the UK government. Any EU citizen legally resident in the UK on Brexit day – the day the UK effectively withdraws from the EU – as well as every UK national legally resident in an EU Member State on that day, will have their rights protected by the withdrawal agreement. In other words, to be protected, it is sufficient to take up residence in the relevant host state the day before Brexit.

What is more, qualifying family members of the protected EU citizens and UK nationals, can wait longer to join a family member in the relevant host state, provided that they are family members on Brexit day. Hence the deal protects split family arrangements. To be precise, it protects those split family arrangements, in which a family member has exercised their right to free movement at some point. It protects, for instance, the right of Sarah, a British national resident in the UK on Brexit day, to join her husband Hugh, also a British national and who moved to Germany before Brexit, at some point after Brexit.

It does not, however, protect long distance relationships where both members of a couple live in their country of nationality. To clarify, Jane, a British national, and Paolo, an Italian national, for example, who met on Erasmus in the Netherlands and then went back, respectively, to the UK and to Italy while remaining in a stable and durable long-distance relationship, are not protected. Jane would need to move to an EU Member State, not necessarily Italy, before Brexit day, in order for Paolo to have a claim to join her later under the terms of the withdrawal agreement.

Beyond the rights of family members, there is further good news on citizens’ rights, although maybe not for the more enthusiastic Brexiteers. The citizens’ rights protected in the withdrawal agreement are the citizens’ rights provided for in EU law. Rights to reside (on a permanent basis after five continuous years of residence), non-discrimination, social security coordination, healthcare and recognition of diplomas, to mention a few. There are several nuances to these rights and their post-Brexit destiny that deserve a further post of their own. The point here is that the relevant rights for the affected citizens will find their source, even after Brexit, in EU law rather than in the unilateral choices of the UK or a Member State of the EU. This brings a guarantee of certainty and uniformity for affected UK nationals and EU citizens.

Further guarantees for citizens come from the provisions of the deal on administrative formalities and the application of relevant rights. For the former, any procedures introduced to confirm a person’s post-Brexit status will have to be smooth, easy, and not unduly costly. For the latter, citizens’ rights covered by the withdrawal agreement will be directly effective. UK courts interpreting these rights will have to rely on the relevant case law of the Court of Justice of the European Union (CJEU) up to Brexit day, and have due regard to case law adopted after Brexit day (joint report, par. 9 and 38). UK courts will also be able to refer questions of interpretation to the CJEU in the course of proceedings commenced within eight years of the entry into force of the agreement on citizens’ rights. It is certainly a more encouraging frame for citizens than what was proposed by the UK government over the summer.

If “consolation” has advanced a step further with Friday’s deal, inevitable losses in terms of the content and meaning of EU citizenship remain. From a first perspective, the protected citizens, that is EU citizens living in the UK on Brexit day and UK nationals living in an EU Member State on the same day, will lose part of their right to free movement that is attached to full-fledged European citizenship. The former group, if moving from the UK to an EU Member State after Brexit, risk losing their protected status enjoyed in the UK under the withdrawal arrangements.

As for UK nationals living in an EU Member State, Friday’s joint report does not clarify whether they will maintain the right to move from the EU Member State where their residence is protected under the withdrawal arrangement to a different EU Member State. The technical note on citizenship rights, annexed to the report, indicates that the issue was raised by the UK, but reserved for discussion during the second stage of negotiations. Hence, if Mark, a British national who resides in Spain, wants to remain in Spain after Brexit, there is a good chance that he will be able to under Friday’s terms. However, should he want to move from Spain to Germany, say in 2023, chances are that he will be treated like any other third country national.

And finally, the focus in the joint report is on EU citizens living in the UK and UK nationals living in the EU. Much less thought has been given to the loss of European citizenship for those UK nationals who, on Brexit day, will be divested of their European citizenship without ever having exercised its substance. Think, for instance, of Joe, a British teenager born with European citizenship, who dreamed of studying and living in France. On the day of the UK’s EU referendum, Joe was a minor and was, therefore, not entitled to vote. The joint report, and the ‘divorce deal’ reached so far, are silent as to his loss of citizenship. Our study on Brexit and Loss of EU citizenship considers the perspective of people like Joe in detail. Joe’s plague may appear obvious and unavoidable. However, for those who are keen on questioning the meaning and value of European citizenship, this is a theme that cannot be forgotten. Joe’s dreams, under the terms of Friday’s divorce deal, must be shut in a drawer.

This post was written by Dr Francesca Strumia, University of Sheffield School of Law, as part of the Citizen Brexit Observatory. It first appeared in Italian in the Huffington Post on 10 December.