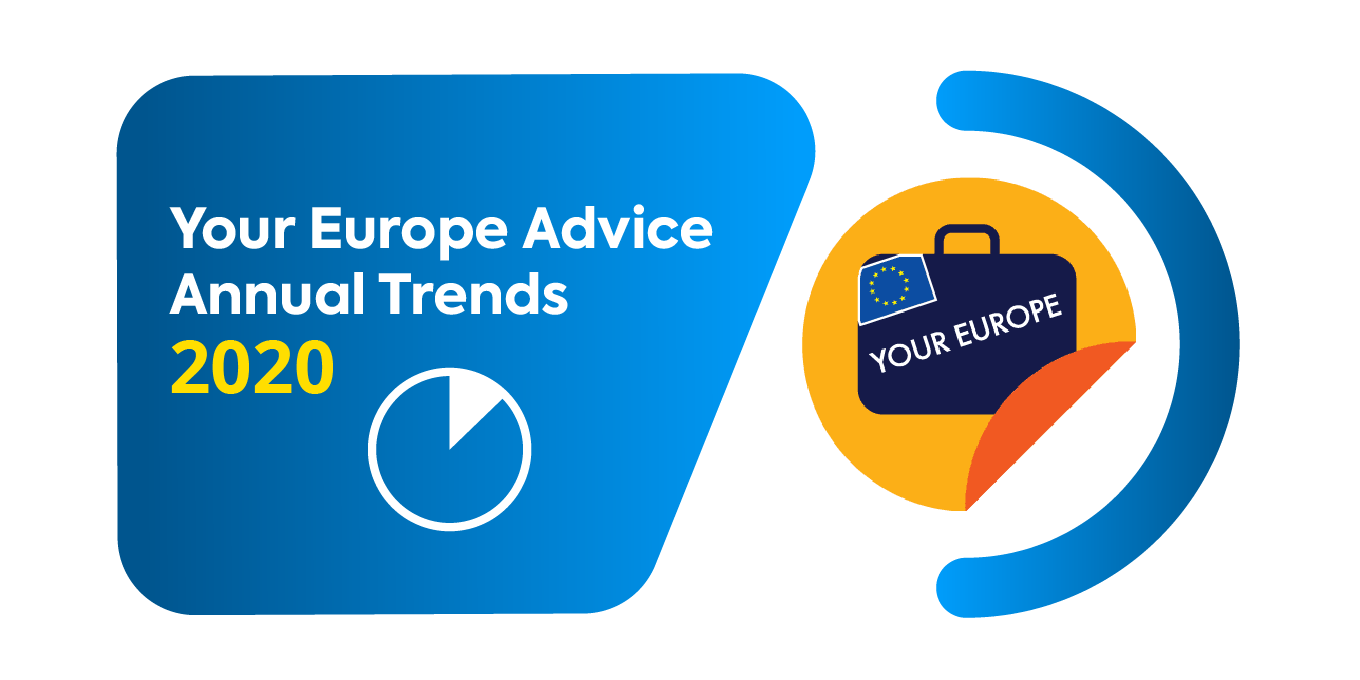 In 2020, the COVID-19 crisis and Brexit had an enormous impact on the movement of citizens and businesses within the EU. Citizens faced obstacles imposed not only by national administrations, but also by private entities.

The enquiries received by ECAS’s legal experts on Your Europe Advice (YEA) during 2020 reflected the uncertainty provoked by these events: the vast majority of questions asked by citizens related to the topics of social security (23%), residence (20%) and entry procedures (13%). Questions about the latter were overwhelmingly related to the consequences of the UK’s exit from the EU and the pandemic.

The number of enquiries about social security was also the highest ever received by ECAS since 2011. Compared to previous years, ECAS witnessed, too, an increase in the number of questions received about the free movement of goods and consumer rights in the EU.

These trends, that are analysed in more depth in the YEA Annual Trends report 2020, suggest that citizens’ struggles with getting informed and accessing their EU rights remain persistent and were further heightened due to the crises, and that EU national authorities are often misinformed and unable to meet citizens’ needs.

When it comes to social security, for instance, the 2020 report findings show that citizens struggle to understand where to pay social security contributions when they work and/or live in two countries, due to the complexity of the existing EU and national rules, the lack of information and training of national authorities on the subject and the insufficient social security coordination between Member States. For similar reasons, a significant number of enquiries received by YEA also mentioned obstacles to citizens’ access to healthcare, sickness and parental benefits, as well as pension rights, when moving across EU countries. The Brexit and COVID-19 crisis further contributed to exacerbating these existing issues. 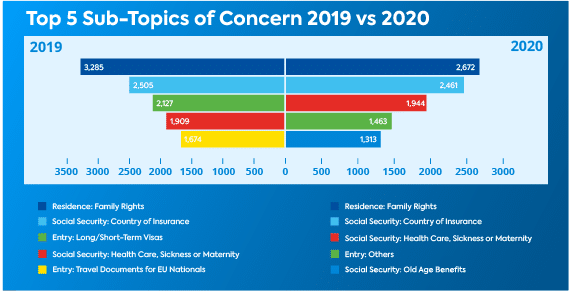 At the same time, YEA questions on the second most enquired topics – residence rights – showed that while EU citizens are generally aware of their free movement rights, they lack clarity about the right of residence of their family members, who are either other EU citizens who are their dependants, or non-EU citizens. In some Member States, this kind of information is not easily accessible, and citizens experience numerous bureaucratic impediments to getting their rights recognised.

It is based on these findings that ECAS recommends in its report that administrative cooperation between national authorities be improved in order to guarantee EU citizens’ effective and efficient access to their rights. Moreover, ECAS also recommends that a new Communication be produced by the EU which should provide up-to-date guidelines to the Member States to improve the implementation of the Citizenship Directive at the national level. 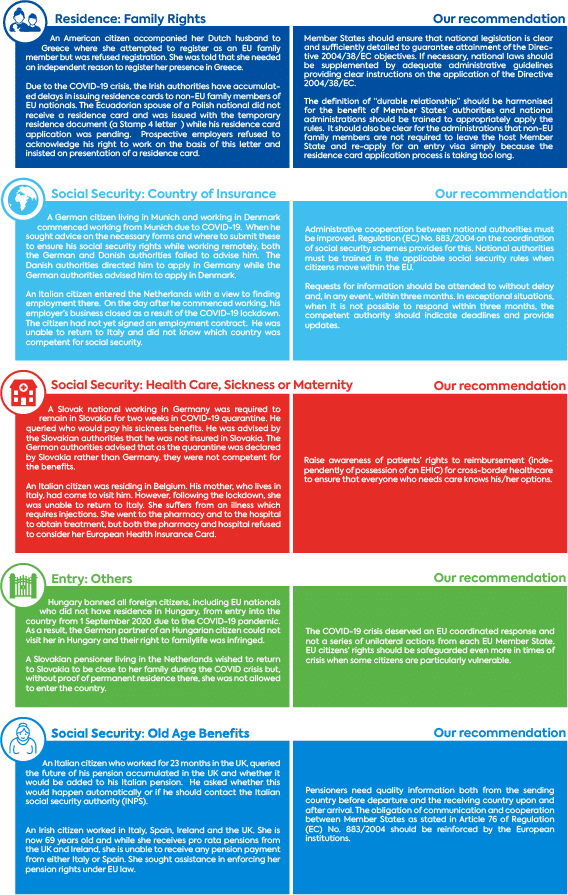 Read the full report here and access the Infographic here.