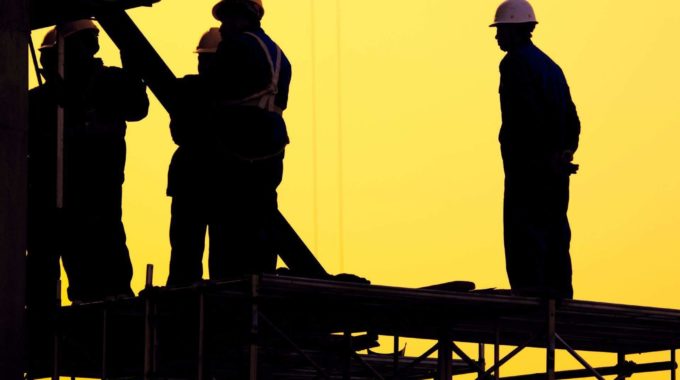 Labour mobility is a passionately debated topic and an unusual one in that it is debated both within the “Brussels bubble” and across Europe. For some it represents the essence of the EU’s achievements that needs to be upheld and strengthened, whereas others feel that its effects are mostly negative and put downward pressure on wages and living conditions (i.e. social dumping). Within the wider area of labour mobility, one particular issue or even more specifically one Directive stands out in terms of controversy and significance. This is the twenty-year-old Directive on the posting of workers, a revision of which is currently on the agenda of the EU’s institutions.

The revision of the current rules was presented by the Commission in a Communication published in early March this year. The proposed revision has sparked controversy as the national parliaments of 11 Central and Eastern European countries have recently made use of the “Subsidiarity control mechanism” to force the European Commission to review its proposal. Protocol no 2 of the Lisbon Treaty allows national parliaments in the EU to oppose a draft piece of legislation if they consider it does not comply with the subsidiarity principle. So far this procedure had only been triggered twice.

Who are posted workers?

So-called ‘posted workers’ are employees who do not permanently move to another EU country, but are sent by their employer to carry out a service in another Member State on a temporary basis. This is a common occurrence when a service provider wins a contract in another country and sends his employees there to carry out the contract. The crux of the issue is that, even though they are subject to certain minimum rights (e.g. minimum rates of pay or annual leave), these workers remain subject to the labour laws of the country they are posted from.

What is the debate?

The revision of the current rules was announced and presented on 8th March by Commissioner Marianne Thyssen. According to her, the “proposal will create a legal framework for posting that is clear, fair and easy to enforce”. Since the plan’s presentation and even before, it has attracted criticism from employer organisations, trade unions, as well as from some Member States. The last few months have clearly demonstrated a divide between some North and West European countries on the one side and some Central and East European countries on the other. The former are pushing for a reform of the mechanism to redress alleged ‘social dumping’, with Member States from Central and Eastern Europe arguing that existing rules are sufficient and that implementation is the issue to be tackled, claiming that tougher controls go against free movement and competitiveness rules[1].

For trade unions the main point of criticism is that the proposal does not offer complete alignment of salaries between all workers and does not extend the possibility of collective bargaining by trade unions far enough. The employers’ view is that the existing Directive is adequate and provides for sufficient minimum employment conditions, as well as arguing that changing the rules would lead to uncertainty for businesses.

In all debates on the proposal it should not be forgotten that the 1.9 million workers who were posted in the EU heavily depend on the existing mechanism (European Commission data from 2014[2]). For these workers, being posted is essential in order to earn a livelihood and gain essential skills that will help them to find jobs in their home country and across Europe. Likewise, even though posted workers at times earn less than employees in the destination countries, their salaries often substantially exceed what they would have earned in their home country.

The views of ordinary citizens and posted workers should certainly not be disregarded in the debate on the revision of the Directive in the coming months; freedom of movement is a cherished right and strengthening, not undermining it should guide policy-makers’ thinking. It is in this spirit that ECAS launched the Right to Move campaign in 2014 (http://www.righttomove.eu/) to counter the voices calling for less freedom of movement in the EU. Putting this at risk would be detrimental to European principles. It should therefore be ensured that any changes to the Directive on the posting of workers does not undermine the great potential offered by posting of workers or make it unnecessarily difficult or bureaucratic.

The cross-border provision of services, another of the fundamental freedoms of the internal market heavily relies on posted workers, has also been instrumental for many industries and constitutes a cornerstone of the Single Market. In the debate on the Commission’s proposal, the economic impact should therefore certainly not be forgotten, especially with Europe still on the search for economic growth. Indeed, many economists argue that labour mobility can and should be a tool to help alleviate economic shocks.

It is therefore crucial that the co-decision makers, the European Parliament and the Council of the EU keep both the individual citizens’, as well as the economic perspective in mind when evaluating the proposal and searching for the right approach.

This piece has been written by Sören Haar, who is a legal expert for Germany for Your Europe Advice.

[2] European Commission, “Posting of workers Report on A1 portable documents issued in 2014”, available under http://ec.europa.eu/social/BlobServlet?docId=15348&langId=en