Home>News>State of the Union Address 2020: A Union of Vitality Can Only Emerge through Active European Citizenship

State of the Union Address 2020: A Union of Vitality Can Only Emerge through Active European Citizenship

The European Citizen Action Service (ECAS) has been working for almost three decades to empower EU citizens in order to create a more inclusive and stronger European Union by promoting and defending citizens’ rights and by supporting citizens’ and citizen organisations’ democratic participation in, and engagement with, the EU.

The above mission is the perspective through which ECAS filtered the 2020 State of the Union address. Here are our key THREE takeaways from the European Commission President Ursula von der Leyen speech: 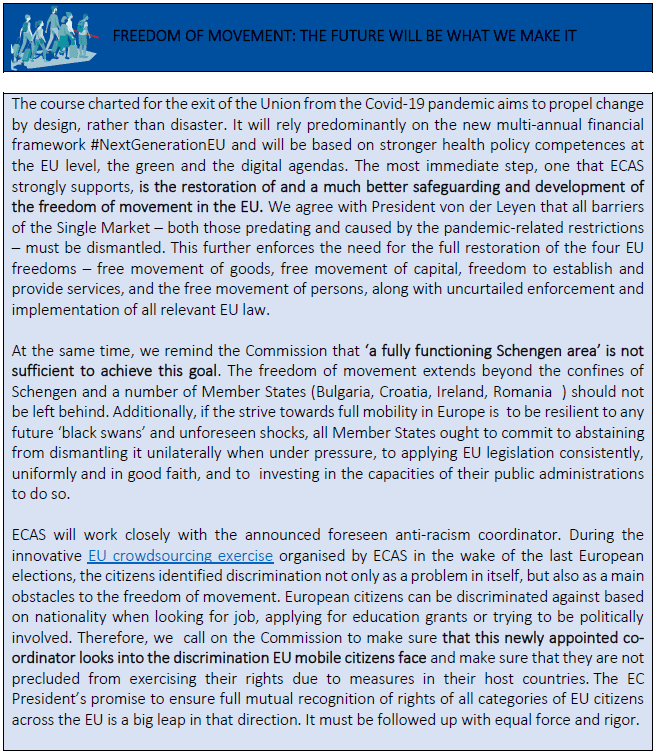 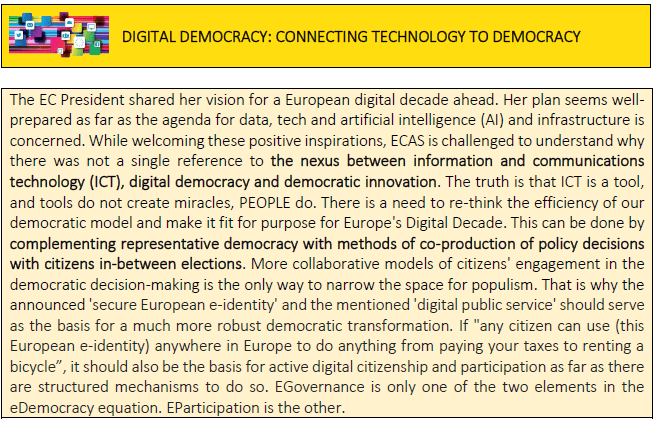 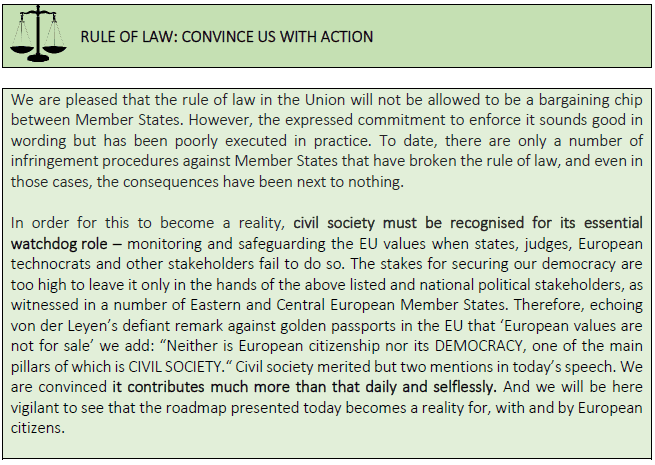 The European Commission President Ursula von der Leyen made her #SOTEU speech on September 16th 2020. This was her first State of the Union address as EC President and the ceremonious tenth #SOTEU since they were first introduced in 2010. More importantly it was also the first such solemn democratic milestone following the 2019 European elections that saw European citizens bestow again a level of legitimacy to the Union institutions unprecedented in over two decades. It was the first one to reveal the much-needed roadmap to the Union’s exit from the state of global fragility to post-pandemic recovery and, as she hopes, newfound vitality. Following her expose along the post-pandemic, digital and the rule of law arguments, we underline the importance of a citizen-centred and citizen-led EU recovery.