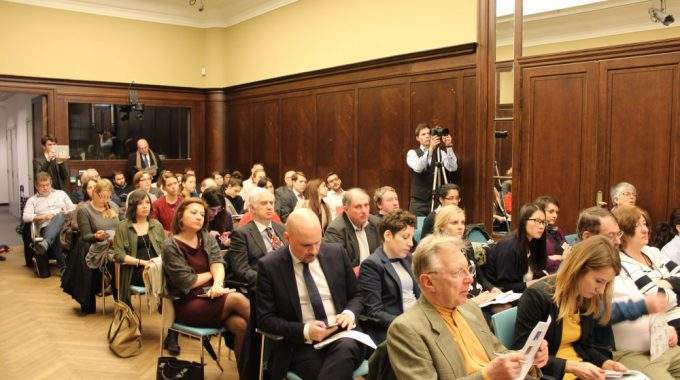 On 13 January ECAS and the European Movement International (EMI) co-organised a panel debate on the security/rights trade-off, which focused on the measures that are being discussed at EU level to respond to the current security threats and the impact they might have on citizens’ rights.

With the recent agreement on the EU Data Protection Rules and the Passenger Name Record (PNR) Directive, which are going to be formally adopted soon by the European Parliament, the security-rights dilemma is more heated than ever. With this in mind, ECAS and the EMI teamed up to facilitate this important debate with citizens.

Four key experts from the EU institutions and think tanks discussed the balance between citizens’ rights -in particular privacy- and security measures. The impact of these measures on Schengen and on the right to free movement in the EU was also a key focus of the debate. The event started with the screening of a short video ‘Voices of the Street’, especially recorded for the event, which consisted of a series of short interviews with citizens on the security-rights dilemma. Following the video Timothy Kirkhope (EP LIBE committee), Camino Mortera (Centre for European Reform), Joe McNamee (European Digital Rights, EDRi) and Jarosław Lotarski (DG Home Affairs, Policy Cooperation Unit) shared their views on the topic and replied to questions from the audience and posed via Twitter with the hashtag #SecurityOrRights.

The debate, moderated by the EU correspondent for the Swiss journal NZZ, Niklaus Nuspliger, was followed by informal discussions during a cocktail reception.

Watch the Storify summarising the main messages below. In addition you may also want to have a look at the video compilation we have prepared with the key statements and outcome of the discussions. You may either choose to watch the whole video or go straight to the topic which interests you: Security & new forms of terrorism, Crisis of Schengen?, and PNR and data retention.