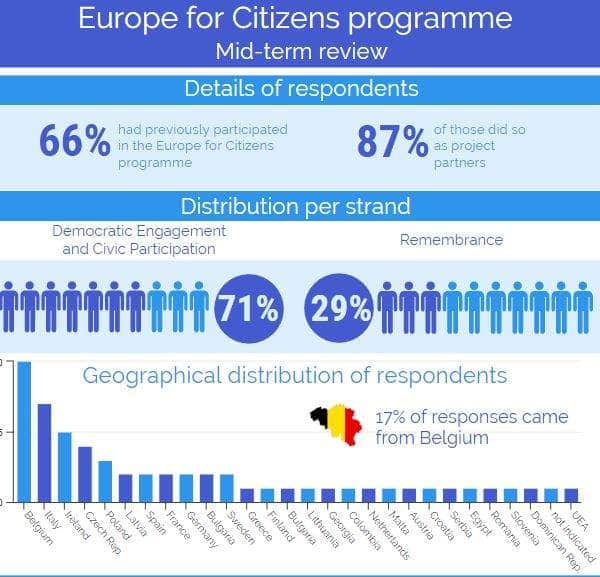 The European Citizen Action Service launched an internal consultation among its members, partners and networks in early July on the Europe for Citizens programme, in order to contribute to the ongoing review of this programme, which should be completed by 2017.

This consultation consisted of a series of questions aimed at identifying the pitfalls and weaknesses of this programme, while also highlighting its strengths and potential. As of 23rd of September the survey had received a total of 58 responses from different organisations across Europe. The main findings are summarised in this document, which has been shared with key decision-makers at the relevant European Parliament’s committees, as well as with staffers at key Permanent Representations involved in the relevant Council configurations.

We hope that these suggestions will be taken into account and will feed into the ongoing discussions concerning the future of the Europe for Citizens programme, as well as with regard to the revision of the Multi-annual Financial Framework and the EU budget for 2017.

See our infographic below: