Home>Publications>Network in Focus 2017: Key Concerns of Citizens Affected By Brexit

Network in Focus 2017: Key Concerns of Citizens Affected By Brexit 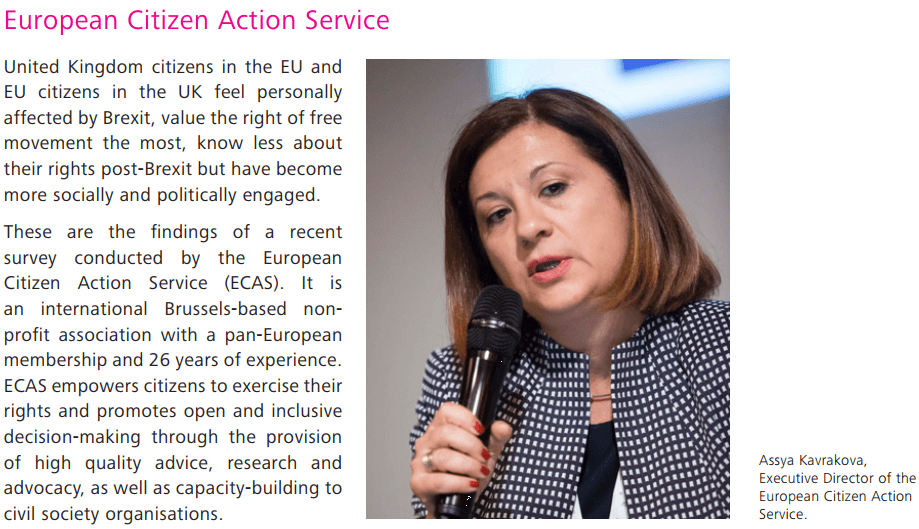 ECAS has featured in the European Network of Ombudsmen’s annual ‘Network in Focus‘ magazine, published on 9 November 2017.

Following the presentation of the results of the survey ‘What Do Citizens Want From Brexit?’ at the European Network of Ombudsmen conference in June 2017 by ECAS’ Executive Director Assya Kavrakova (see video below), ECAS provided an analysis of the key concerns of UK and EU citizens affected by Brexit.

While the top concerns of both UK and EU citizens are related to restrictions to the right to move freely, UK citizens are more afraid of losing their European citizenship and of the economic impact of Brexit. EU citizens, on the other hand, are more concerned about an uncertain future and fear discrimination and xenophobia.