Home>Publications>Brexit & the European Arrest Warrant: How Will Change Affect the Interests of Citizens? 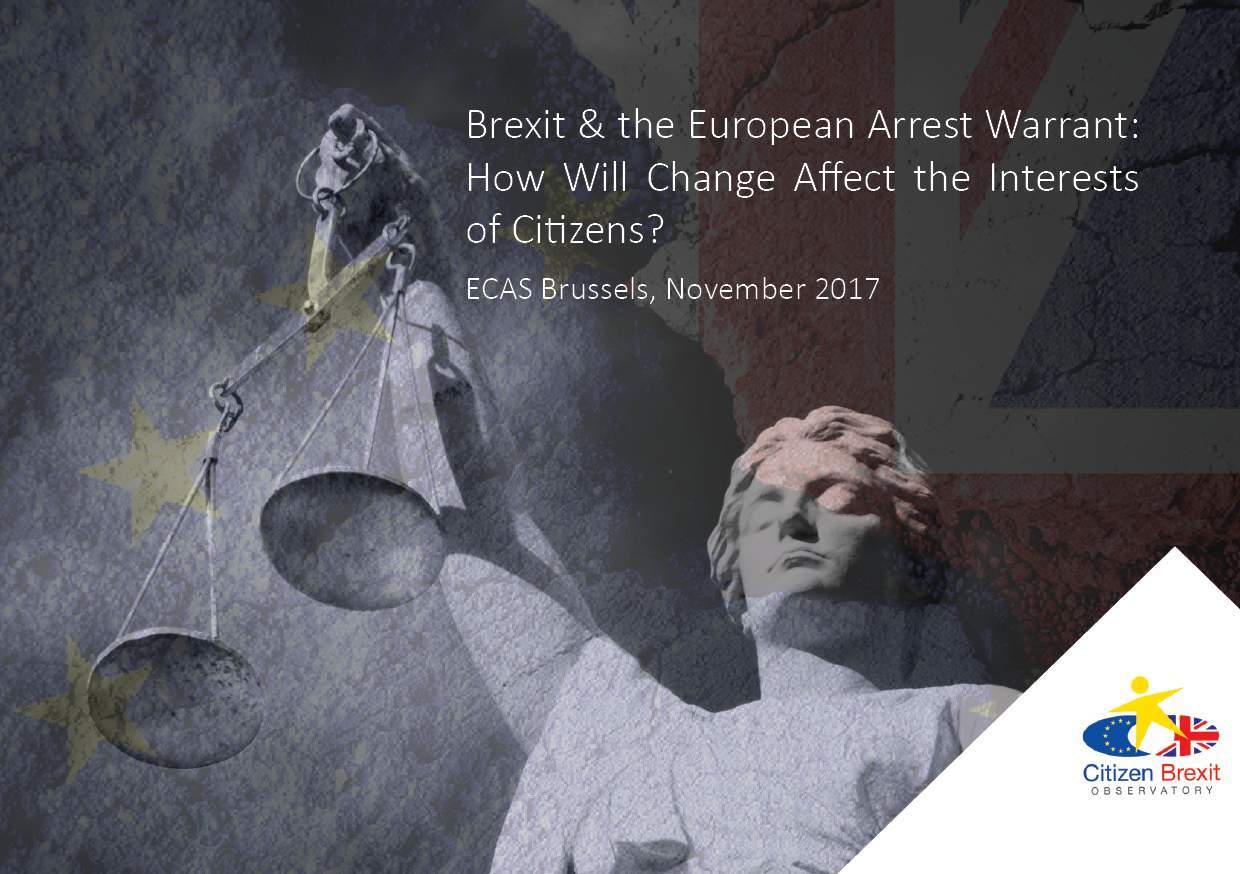 The UK’s decision to leave the EU on 23 June 2016 and the triggering of Article 50 TEU to start the process on 29 March 2017 were decisive moments in British and European history, with great consequences for the relationship and coordination between the two across many policy areas.

The ‘Area of Freedom, Security and Justice’, which forms the backbone of policies regarding immigration, police cooperation and anti-terrorism in the EU, is unlikely to be exempt from this upheaval. As a component of this, the UK’s continued participation in the European Arrest Warrant (EAW), a key instrument of cooperation among EU Member States in the enforcement of justice and prosecution of crime on a cross-border basis, is uncertain and has implications for the rights of citizens.

This study, produced by the University of Sheffield School of Law and ECAS within the framework of the Citizen Brexit Observatory, aims to highlight the interests of citizens in this area and canvas possible policy options post-Brexit to provide information and guidance for individuals, bodies and organisations working with those citizens who may find themselves affected by such changes.

In particular, the study focuses on two aspects of the functioning of the EAW that may have significant consequences for citizens. The first point concentrates on the surrender procedure of accused or convicted persons and specifically provides an assessment of implications for the pre-trial detention stage. The second aspect focuses on extradition conditions and guarantees between the UK and EU Member States.