Home>Publications>Brexit, EU Citizens and the Settlement Scheme: What We Know So Far

Brexit, EU Citizens and the Settlement Scheme: What We Know So Far 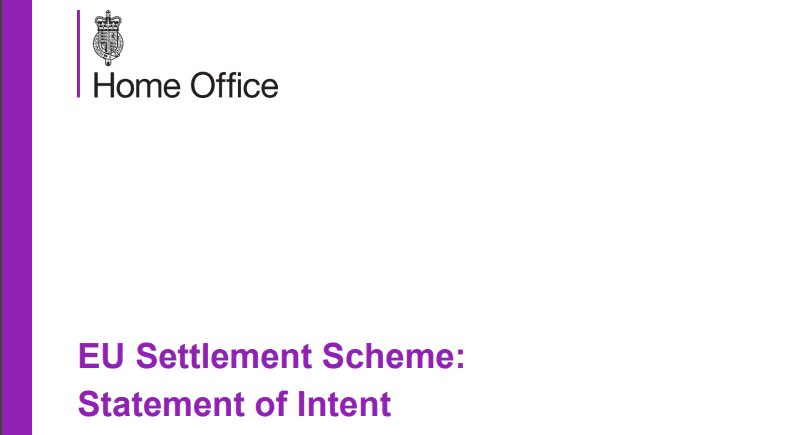 Today the Brexit Steering Group of the European Parliament responded to the statement of intent released by the British Government on 21 June, which outlined a proposed settlement scheme for EU citizens and their family members living in the UK.

The aim of the statement of intent was to indicate the conditions for eligibility for EU citizens and their family members in the UK to apply for the settlement scheme, as well as specific steps to undertake during the application procedure. Citizens with less than 5 years of (continuous) residence are entitled to a pre-settled status. Once they reach five years of continuous residence they will be eligible to apply for a settled status.

The statement also sets out the specific steps of the application, which will be in digital format. It is expected to be user-friendly in order ‘to minimise the burden on applicants to provide evidence of their residence’. In addition to this, EU citizens are expected to pay a fee of £65, (£32.50 for children).

Whilst the Steering Group welcomed the statement, they voiced a number of concerns, including the fact that EU citizens “who have contributed to British society and paid their taxes” will now have to pay a fee to register. They also added that “more needs to be done to ensure that vulnerable EU citizens are properly catered for and that any delays faced by citizens with the registration process itself does not create unnecessary anxiety.”

Although ECAS welcomes the UK government’s efforts in making the digital application procedure user-friendly, many aspects of the proposed settlement scheme reported in the statement of intent still lack clarity and require reviewing. One of these issues is the lack of physical documents being issued to EU citizens as evidence of the status: only digital ones (7.2). This according to ECAS’ EU Rights Clinic Professor and Lawyer Anthony Valcke this is ‘a major flaw’: to prove their rights, as well as for many other day-to-day activities EU citizens will likely be required to show their settled status in printed format. This is likely to cause more uncertainty and distress for citizens.

In the attempt of raising awareness and drawing attention to some irregularities identified in the draft Agreement, ECAS submitted a letter to EU Council President Donald Tusk in January, calling on the Council. The aim was to encourage more negotiations on citizens’ rights during Brexit negotiations.

The UK Government will adjust the settlement scheme and finalize the Withdrawal Agreement over the next few months. ECAS will continue in its efforts to ensure EU citizens’ rights are respected both in the UK and in the rest of the EU: stay tuned for details on upcoming initiatives, soon!

Read the full statement of intent on the EU Settlement Scheme here.