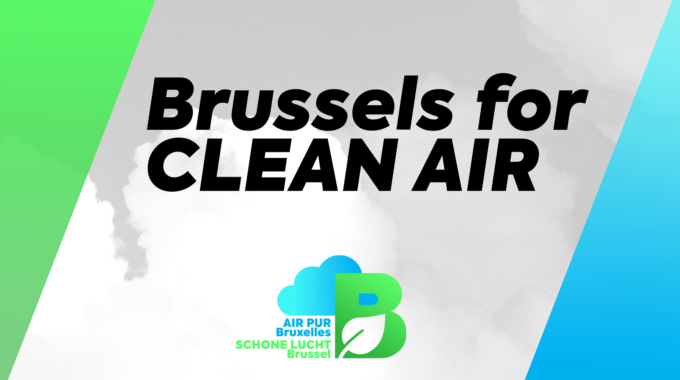 Throughout the year, Brussels residents have the opportunity to participate in the “Brussels for Clean Air” campaign. The aim of the campaign is to collect their opinions and ideas on how to improve air quality in Brussels.

The “Brussels for Clean Air” project, funded by the European Commission, offers citizens the opportunity to participate in the drafting of air quality policy in Brussels. Alain Maron, Minister of the Brussels Capital Government, patron of the campaign, invites citizens to take part:

To participate, Brussels residents are invited to visit the project’s crowdsourcing platform where a short six-step questionnaire awaits them.

The project is divided into four phases:

In addition to patron Alain Maron, citizen ambassadors are committed to spreading the initiative. Geoffrey Usé, president of GRACQ – Les Cyclistes Quotidiens, and Rozina Spinnoy of Bids Belgium are among them. Other citizens with different backgrounds, such as Martin Keim, Karin De Schepper and Pauline Dessard, have also decided to support the initiative. The campaign and the platform are available in French, Dutch and English. Moreover, the platform is designed to be accessible to as many people as possible.

The Citizens’ Participation Initiative is part of the DigiDEM and CODE Europe projects, which gather citizens’ contributions on air quality in 10 different European countries through crowdsourcing and other means. The project uses the availability of technological solutions to solicit the “wisdom of the crowd” to address, for example, policy challenges.

The participation of the population is essential in this process to enable a true co-production of Environmental Policy between citizens and policy makers.