The Parliament Adopts its Report on e-Participation 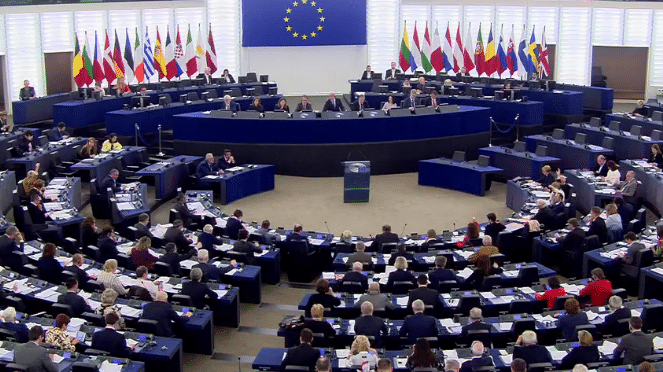 During its plenary session in March, the European Parliament adopted its own initiative report on e-democracy in the European Union. The report, prepared by Spanish S&D MEP Ramón Jáuregui and approved by 459 votes to 53, with 47 abstentions, examines the opportunities that new technologies bring about to involve and engage more people in the democratic process beyond traditional mechanisms. The report is largely based on the findings of ECAS´ study on e-participation carried out at the request of the AFCO Committee.

In line with ECAS’ findings, as spelled out in a study published in May 2016 and commissioned to ECAS by the European Parliament’s Policy Department for Citizens´ Rights and Constitutional Affairs, the Parliament’s report acknowledges the benefits of e-democracy as a tool to foster citizens´ empowerment that is not meant replace, but rather complement, representative democracy and other existing consultation mechanisms. The report also highlights, in line with ECAS´ findings, that e-participation can improve democratic processes by enhancing the quality and legitimacy of our democratic systems and engaging young people in the political debate. The report stresses however that e-participation can only be successful if accompanied by proper communication and education strategies (i.e. digital literacy) and if contributions submitted by citizens are duly followed up by decision-makers, noting that otherwise they lead to disappointment and distrust.

Last but not least, the report calls on EU institutions and Member States to promote, support and implement new e-participation methods, such as crowdsourcing platforms, that can enable a direct interaction between them and citizens at EU, national and local level, taking into account the best practices already identified in some countries.

Within its digital democracy focus area, ECAS is currently implementing a project with eight European partners which explores the ground and feasibility for launching a pilot on crowdsourcing policies at EU level.

Access the EP’s study on e-participation, commissioned to ECAS

More about ECAS’ work on crowdsourcing