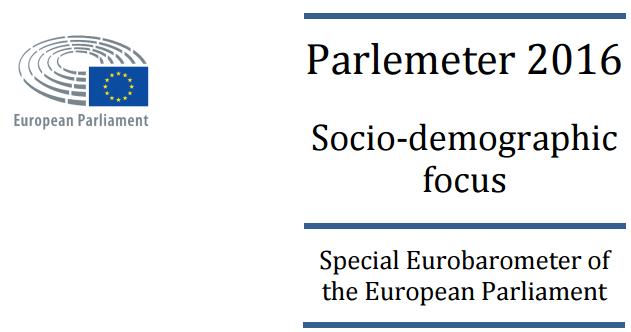 The latest Eurobarometer ‘Parlemeter’ survey shows a small drop in support for membership of the EU and a more pessimistic outlook about the direction of the EU and the extent to which citizens’ voices matter in both the EU and Member States.

The findings of the ‘Parlemeter’, based on face-to-face interviews with over 27,000 Europeans across all 28 Member States and covering issues such as support for the EU and the direction it is taking, European identity and citizenship, and perceptions of the European Parliament, emphasise the challenges the EU faces in engaging with its citizens and countering the rise in populism that has led to the Brexit vote in the UK and electoral gains for far-right parties throughout the EU.

Although 53% of citizens still favour membership of the EU and 60% believe that it is beneficial for their country,  there was a significant rise in dissatisfaction with how much governments listen to their citizens and with the direction the EU is taking.

The number of respondents agreeing with the notion that ‘my voice counts in the EU’ was down 2 points on last year, at 37%, whilst the number disagreeing with that statement was at a high of 59%, up 3 points. Moreover, the number of respondents agreeing that their voices count in their own country was down 10 points to 53% with the number disagreeing up 9 points to 44%, showing a trend towards dissatisfaction with politics in general and not just with the EU.

The trend for the way citizens view the direction politics is taking in the EU and Member States is moving in the same direction. For the EU, the number of people who think that it is moving in the wrong direction was 54%, up 13 points, and for their own country it was 58%, up 14 points, showing a sharp increase in political discontent.