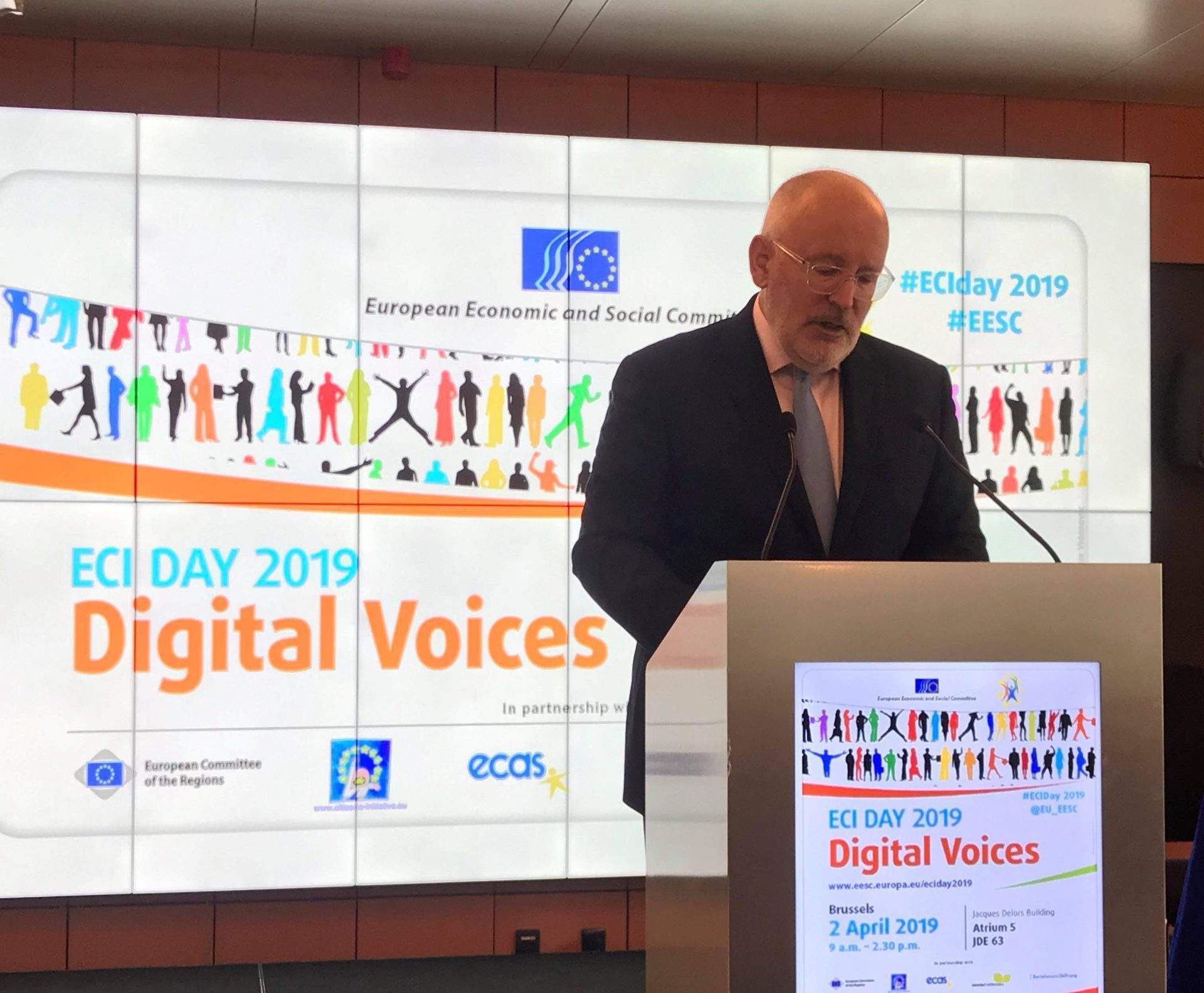 On April 2nd, representatives of the EU Institutions, civil society organisations, activists and other participants came together to mark ECI Day 2019: Digital Voices. With the recent reform of the European Citizens’ Initiative (ECI) Regulation, it was a timely event that highlighted the changes and importance of the mechanism that enables citizens to influence legislative policies.

EU politicians have the Parliament, Member States have the Council and citizens have the European Citizens’ Initiative (ECI).

Through engaging presentations, discussions and workshops, the event put a spotlight on the accomplished results of the ECI so far, as well as on its encountered challenges along the way. Before addressing the Regulation changes that aim to deliver a more user-friendly version, Frans Timmermans, First Vice-President of the European Commission, noted that in the past year, the Commission has received 17 ECI registration requests, with as many as nine being made just since the beginning of 2019. He attributed this unprecedented increase largely to the launched communication campaign and the online collaborative platform, the latter of which is operated by ECAS and partner organisations on behalf of the Commission. Developed so to provide better assistance to organisers of citizens’ initiatives, the platform offers services such as independent advice, support mechanism and a discussion forum.

Whether an initiative is successful is not only a question of whether it is admissible, or whether it meets the necessary thresholds in terms of signatures. Even if it does not, it can still be an expression of a political concern on the part of citizens, which the EU institutions can and should take note of, and which can be the basis of a political debate.

Some of the reforms the new ECI Regulation will bring are more practical assistance to organisers, more time for debate, a new online signature collection system and less personal data collection. Organisers will also have six months, instead of three, after registration to choose when to start collecting signatures. This will provide sufficient time for campaigns to be prepared, raising the chance of obtaining the required 1 million signatures.

One aspect that some participants expressed concern with is the planned transition from individual online collection systems to a single system, which will be run centrally by the Commission. Acknowledging that this is a loss of flexibility for organisers, Mr Timmermans also assured that the Commission is committed to setting up a high-quality and secure system that will make supporting an initiative even easier. To do so, it is important that stakeholders and citizens are involved in its development and that their suggestions and concerns are taken into account. 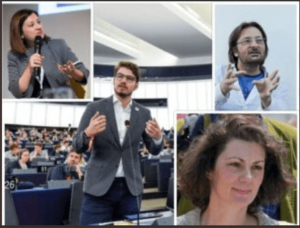 It is this point that the workshop, organised by ECAS and Democracy International within the second part of the day’s programme, picked up on. Under the theme of ‘Expanding the ECI’s digital dimension: co-creating the future Online Collection System’, it opened up the floor for speakers and participants to collaborate on what features would make the new system as efficient and campaigner-friendly as possible. The suggested ideas can be viewed here.

The shared experiences and views at ECI Day 2019 demonstrated the ability of citizen initiatives to influence the EU agenda and the eagerness of citizens to be actively involved in the policy making progress.

ECI Day is annually organised by the European Economic and Social Committee. 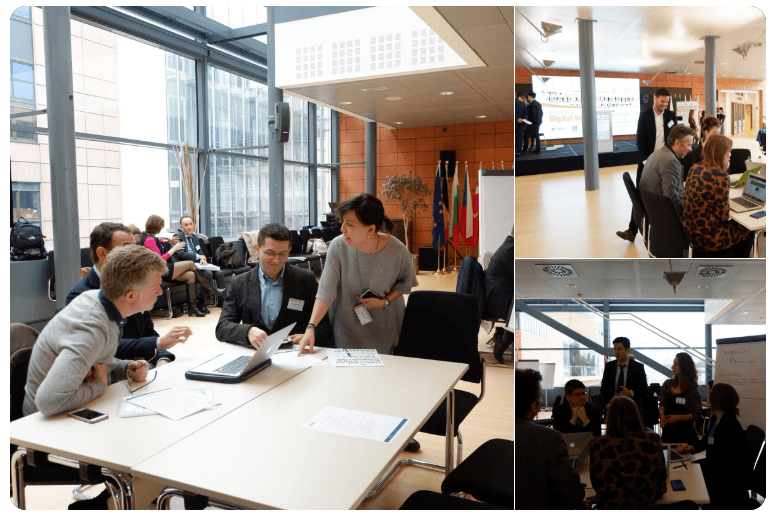