Home>News>Event Report – Workshop: New technologies and transition: What role for civil society in a future of e-democracy?

Event Report – Workshop: New technologies and transition: What role for civil society in a future of e-democracy? 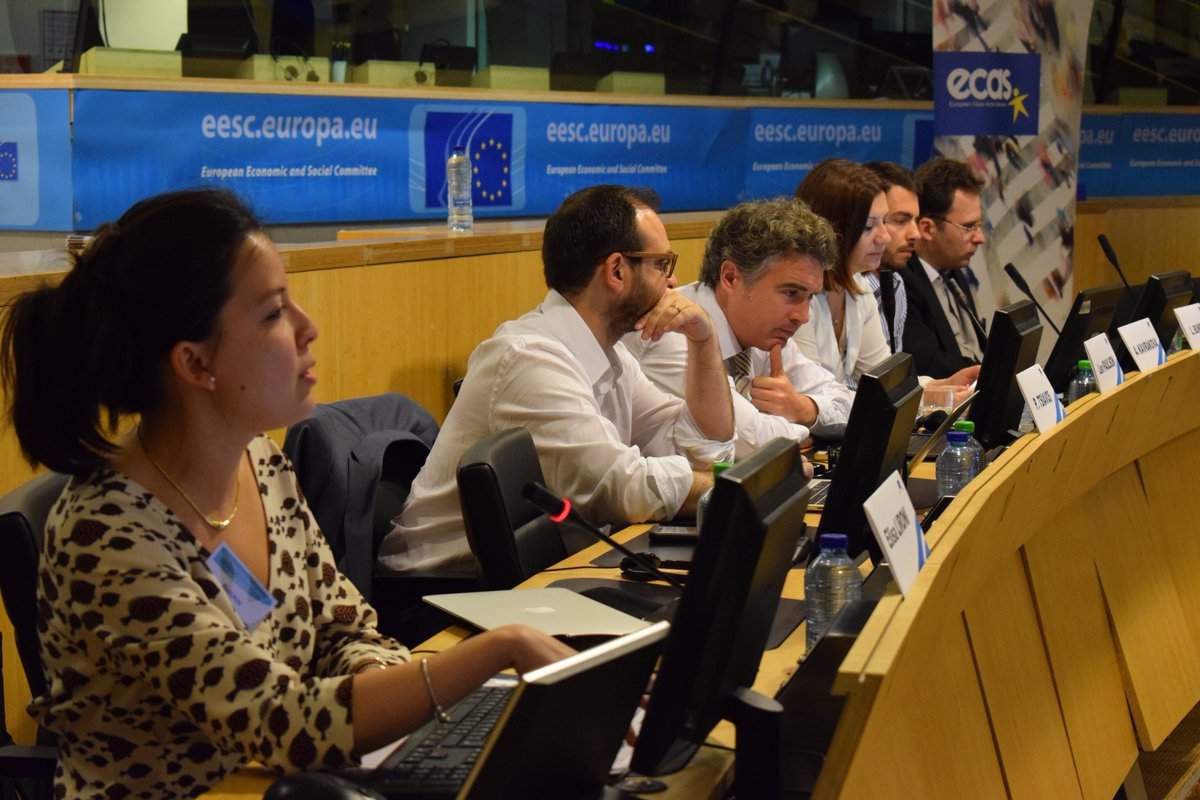 At the 2017 Civil Society Days on 27 June, ECAS hosted a workshop exploring the potential of e-democracy to contribute to a more open and inclusive form of policy-making and the role that civil society can play in a future in which digitalisation enables more direct participation by citizens.

The workshop featured the presentation of the preliminary findings of the EESC-commissioned study ‘EU Public Consultations in the Digital Age: Enhancing the Role of the EESC and Civil Society Organisations’ by ECAS’ Digital Democracy Manager, Elisa Lironi, and a panel of expert speakers moderated by ECAS’ Executive Director, Assya Kavrakova.

Lex Paulson, International Counsellor at D21, discussed the weaknesses of current consultations and proposed a new kind of community engagement, as well as his work for the En Marche! movement in France during the recent presidential election. He was followed by Laurentiu Bunescu, CEO of All Digital, Lifelong Learning platform. He focused on the contribution CSOs can make to enabling democracy by using digital tools and enabling citizens to use such tools.

Imants Breidaks of ManaBalss talked about getting citizens’ ideas on the political agenda, with the role of civil society to bridge the gap between politics and citizens, and technology and results. Finally, Prodromos Tsiavos of GFOSS – Open Technologies Alliance discussed the “wikification of public service procedures” and open source technologies to enable citizens to truly participate in the decision-making process.

The workshop finished with a live poll of the participants. The poll found that the largest number of people thought the role of CSOs in a future e-democracy was “as the infrastructure of e-democracy – bridging the gaps’. See the full results below. 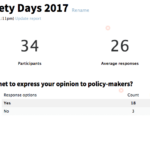 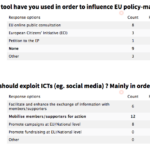 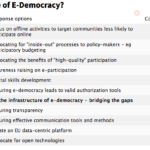 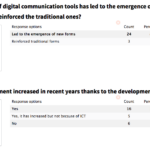 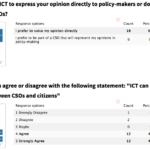