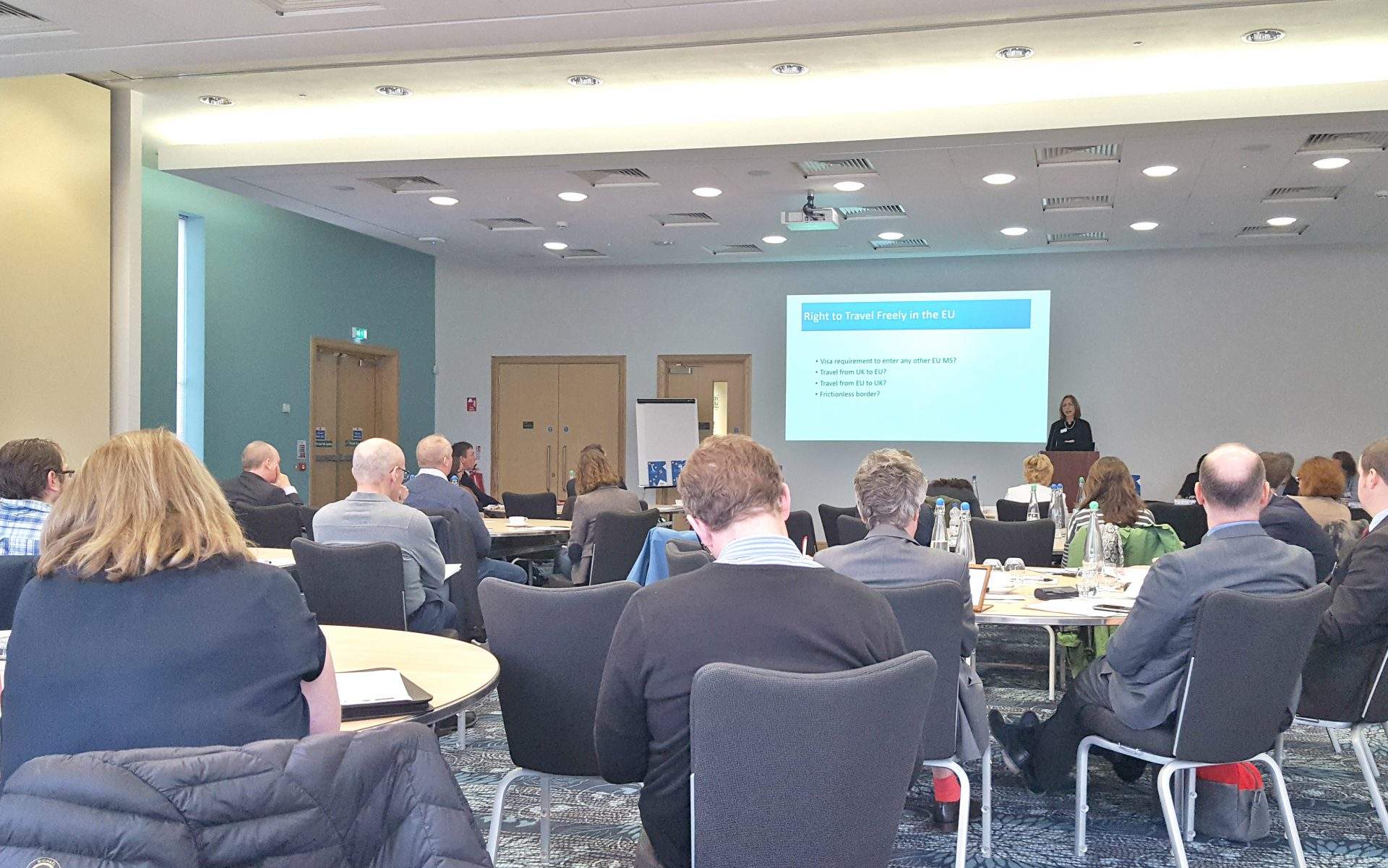 As the only UK region sharing a direct border with an EU country and given its close links with Ireland, Northern Ireland and its citizens are expected to be heavily impacted by Brexit. Brexit is not only expected to limit the rights of people to live, reside and work elsewhere in Europe, but could also compromise the Common Travel Area (CTA) between the UK and Ireland and the Belfast Agreement underpinning the peace process. Northern Ireland is also expected to be one of the regions most affected by the loss of EU funds. These are some of the issues that were addressed during our workshop in Belfast on 28 March 2017.

The workshop, organised by the European Citizen Action Service (ECAS) and the Centre for Cross Border Studies (CCBS), took place at Queen’s University in Belfast and was attended by 40 participants. Parts of the workshop were broadcast live and followed by over 300 viewers online. It consisted of a panel of four speakers, who analysed the implications of Brexit for citizens’ rights, with an emphasis on the special considerations for Northern Ireland as a special region which will share a direct border with an EU country after Brexit. The panel was followed by small group discussions among the participants about their concerns and suggestions concerning the Brexit process and future arrangements with the EU.

The workshop was organised in the framework of the project ‘Brexit Takeaways’, which aims to raise awareness among citizens of the possible impact of different Brexit scenarios on their rights and advocate for the best possible deal for citizens.

More about ECAS´ work on Brexit

Your concerns about Brexit? Answer our survey!