European Parliament Votes on New Rules to Improve the ECI 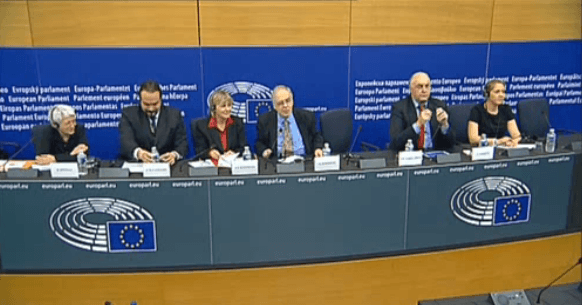 On the 28th of October 2015, the European Parliament’s resolution 2014/2257 on the European Citizen’s Initiative (ECI) was approved with a convincing majority of 527 votes (103 abstentions and 33 rejections). The long session in Strasbourg was considered by the rapporteur György Schöpflin MEP in a largely consensual process. In the press conference after the vote, Mr Schöplfin declared the final text to be satisfactory and a good basis to be presented to the European Commission, which seems open for a revision of the ECI and ready to take steps to improve its function as an instrument for European participatory democracy.

Shadow rapporteur MEP Sylvia Yvonne Kaufmann also stated her support of the final resolution which proposes a few strong amendments, including the possibility for citizens to sign a petition from the age of 16, as well as the option for ECI organisers to decide when they want to officially start their initiative in order to conduct a well organised campaign. The MEPs also supported a budget for the ECI, which is clear signal of their willingness to strengthen citizen participation.

Although the vote represented an important step towards improving the ECI, several MEPs were highly disappointed with the final resolution. The amendment by Josep-Maria Terricabras and Charles Goerens to allow ECIs to address primary law was rejected. This means that the resolution confirms that the scope of application of the ECI will continue to be limited to proposals on secondary law, ruling out the potential of ECIs to propose Treaty changes.

MEPs Barbara Spinelli and Fabio Massimo Castaldo also stated their strong disapproval of the rejection of an amendment proposed be Mr Terricabras which proposed that all successful ECIs lead to a legislative proposal by the European Commission. According to both MEPs, ECIs are meaningless if the European Commission is not bound to initiate legislation on the successful ones.

Civil society organisations have voiced different opinions regarding the adopted text. Carsten Berg from the ECI Campaign strongly declared that without binding the European Commission to initiate legislation, the European Parliament’s resolution does not make the ECI more effective. However, Sophie Von Hatzfeld, from our partner organisation Democracy International, was rather satisfied with the result because the European Parliament’s position is a step forward in making the ECI stronger, since the new rules make the ECI more accessible to citizens and will have a stronger impact. However, Von Hatzfeld was also disappointed that ECIs are still limited to secondary law, and argued that it is now important to focus on the implementation of these reforms.