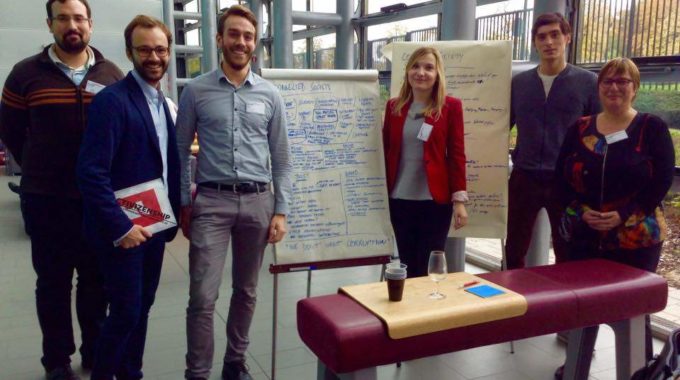 On October 22 and 23, ECAS’ Project Coordinator Tristan Barber attended the European Civic Days at the Council of Europe in Strasbourg. The event was put on by the European Civic Forum, who was celebrating the tenth anniversary of its inception.

Over one hundred civil society organizations from throughout Europe met at the Civic Days to discuss the various challenges Europe is currently facing and to brainstorm on how to develop connected, collaborative, inclusive, and sustainable societies which give civil society and citizens a voice. In a lab discussing connectivity, ECAS and other participants talked about the potential for digital democracy at the European level, and how new tools and online platforms could be used to create a campaign. Examples of crowdsourcing at a national level were mentioned, including Iceland’s attempt to crowdsource their constitution, which was ultimately unsuccessful but highly ambitious and has provided many lessons for those looking to give a direct voice to citizens.

The European Democratic Citizenship awards ceremony also took place, with awards being given to the individuals who organized the successful protests on the internet tax in Hungary, a project focusing on comics supporting equality from individuals with migrant backgrounds, and more.