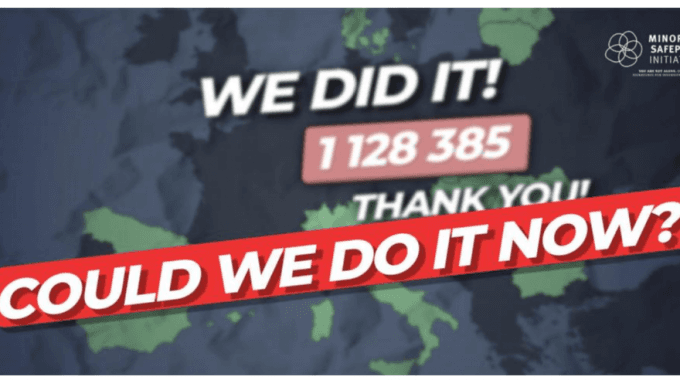 Many of the ‘ingredients’ needed for a successful European Citizens’ Initiative are hard or impossible to come by in the current circumstances we find ourselves in, due to the Covid-19 crisis. This, however, should not discourage potential organisers, but rather push them to adapt their methods to the new setting.

Below, organisers of the Minority SafePack initiative draw on their experience and provide advice on how to go about in doing so. The article was originally published on the European Citizens’ Initiative Forum.

For a successful European Citizens’ Initiative, you need a strong cause, clear messages, wise strategy, good planning, committed people, a large pan-European network, financial resources, online and offline visibility. In these extraordinary times you will find these harder or impossible to come by.

Two years ago, this time of the year we were in the finish line of our European Citizens’ Initiative: Minority SafePack – One million signatures for diversity in Europe. It is an initiative asking for EU protection and promotion for the autochthonous national minorities and language groups of Europe. The European campaign, coordinated by the Federal Union of European Nationalities (FUEN), used not only its own human resources, but also a campaign team put together especially for this campaign and also the resources of FUEN’s member organisations and new partners which joined us along the way.

The Minority SafePack Initiative (MSPI) is not a regular ECI: instead of focusing on one single issue, it had to take into account the numerous problems traditional minorities must face in different Member States and try to find comprehensive solutions to those problems. It contained nine proposals ranging from a European Language Centre for small languages to the accessibility of audio-visual content. As our main target groups were the citizens belonging to minority communities and our initiative focused on language rights, we made a big effort to communicate with them in their mother language. In order to do so, we focused on the most relevant issues for the specific group. We ended up communicating in over 30 languages, mostly regional languages that are not official languages of the EU. Remember: beyond the 24 official EU languages, up to 50 million EU citizens speak one of 60 regional or minority languages. To do so we crafted hundreds of messages tailored to the different target groups. These messages resonated better with the target audience due to the language: imagine being one of the 41 thousand Ladin speakers in Northern Italy and seeing a post in Ladin on your social media feed!

To further support European Citizens’ Initiative organisers, we are holding a free webinar on effective online campaigning on June 16th. Guest speakers are Olga Kikou, organiser of one of the most successful European Citizens’ Initiatives – End The Cage Age – and Meike Hartwig of Change.org, the world’s leading platform for citizen campaigning. For details and registration, please click here.