European citizens’ initiative: no EU funds to countries without an independent judiciary and rule of law?

European citizens’ initiative: no EU funds to countries without an independent judiciary and rule of law? 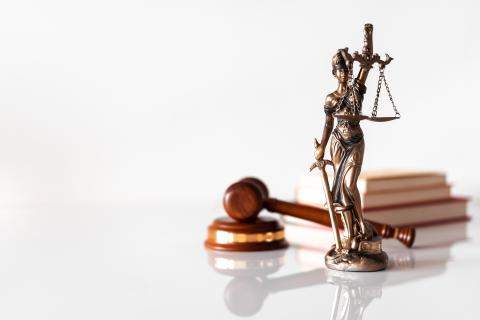 The European citizens’ initiative “Stop corruption in the EU” proposes a fixed time frame for newly acceded countries to carry out reforms in their judicial systems. It also calls for compliance with the rule of law as a condition for every Member State to receive EU funds.

By Veneta Magistrelli, in charge of the “Stop corruption in the EU” initiative
This article was originally published on the European Citizens’ Initiative Forum

We, the initiators of “Stop corruption in the EU”, are convinced that the fraud and misuse of European funds affect all countries, as well as all citizens who, as taxpayers, contribute to the EU budget. We therefore propose changes to the European legislation, which will help enforce the rule of law and curb corruption.

Corruption is a phenomenon that can never be completely eradicated, but its damage can be mitigated and limited through the effective enforcement of the rule of law.

According to a Eurobarometer survey, 71.6% of Europeans believe that fraud with EU funds is a common occurrence, and over 80% support and recognise the importance of the main principles of the rule of law.

Many pan-European institutions and mechanisms are involved in managing the risk of fraud with European funds, but only the national administrations in the individual Member States can simultaneously participate in all four steps of the process – prevention, detection, investigation and sanctions.

We believe that the establishment of the European Public Prosecutor’s Office will give the EU additional rights to investigate and sanction such violations, but it will not undo or diminish the essential role of national authorities in combating corruption, enforcing and upholding the rule of law.

In respect to all of the above, we, the initiators of the “Stop corruption in the EU” ECI, have set the following two objectives:

1. The introduction of a strict time frame for newly acceded countries to carry out reforms in their judicial systems

The last three rounds of EU enlargement resulted in the joining of 13 new Member States – Estonia, Cyprus, Latvia, Lithuania, Malta, Poland, Slovakia, Slovenia, Hungary and the Czech Republic in 2004, Bulgaria and Romania in 2007, and Croatia in 2013.

New Member States can benefit from pre-accession and cohesion funds, as well as from the Structural Reform Support Programme (SRSP).

Unlike the countries that joined in 2004 and Croatia in 2013, the accession of Bulgaria and Romania in 2007 was linked to the Mechanism for Cooperation and Verification (CVM), as the two countries had not yet made sufficient progress on judicial reform, corruption and (for Bulgaria) organised crime.

At the time of registration of our initiative in September of last year, Bulgaria and Romania had been members of the EU for more than 12 years. Subsequently, in November 2019, the European Commission decided that CVM monitoring can be lifted for Bulgaria (voted in the EP, but not in the EU Council), but will continue to be applied in Romania.

To date, Bulgaria has not yet completed the reform of its prosecution system, fraud with EU funds is very common, and only 3 out of the 40 observed cases of high-level corruption investigations between 2014-2019 have ended with convictions.