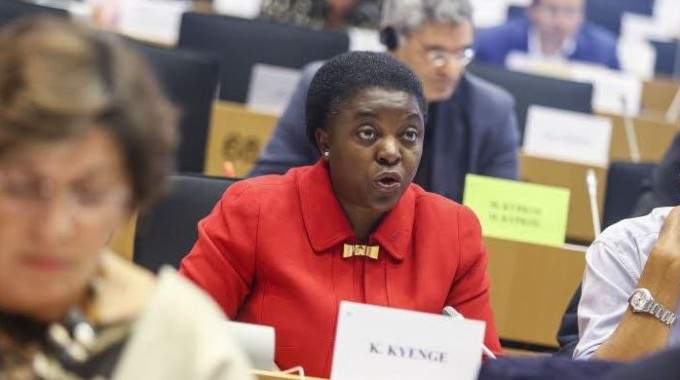 On 23 September the Civil Liberties, Justice and Home Affairs Committee of the European Parliament held an inter-parliamentary committee meeting with the EU’s Justice and Home Affairs Agencies and the national Parliaments of the Member States on a holistic approach to migration. The meeting was a follow-up to the Resolution of the EP adopted in December 2014 on the situation in the Mediterranean, which called for a ‘holistic EU approach to migration’ and instructed the LIBE committee to prepare a strategic report assessing the policies at stake in the area of migration, asylum and border control and putting forward some recommendations to be submitted to the Plenary by the end of 2015. The draft strategic report, which is being prepared by the co-rapporteurs Roberta Metsola and Kashetu Kyenge, was used as the basis for the discussion, which focused on medium and long term solution for the refugee crisis.

In her intervention, Metsola argued that without using a holistic approach that addresses the issues surrounding migration by all angles, the EU would not be able to progress. The day before the meeting the EU had agreed to relocate 160,000 migrants, which was a large part of the introduction given by Metsola. While she agreed that relocation is important, she made clear that it is not a truly permanent solution. Metsola emphasized the need for the EU to show compassion when dealing with migrants, in particular in keeping families together and continually protecting children during these times of relocation—but that the EU must stay alert looking for opportunities to find a more permanent solution.  One of the key aspects in Metsola’s plan for finding that solution is the establishment of strong agencies within Europe that are equipped to handle this crisis in the long run. “Europe’s agencies need the constructive cooperation of Member States otherwise they simply cannot do the job we need them to. I do not need to be convinced of the need for agencies to be well staffed, well trained and well funded because the role of such agencies is crucial for the success of any European approach to migration” said Metsola as she finished her opening remarks at the meeting. This ties in to the “hotspot” concept that the EU has decided to implement (see the European Agenda on Migration report for further information). While she lauded the idea as a strategic one, she called for the EU to make more concrete decisions regarding details surrounding these hotspots.

Speaking after Metsola, the co-rapporteur Kashetu Kyenge took the floor. She emphasized that the resettlement program on its own will not be enough to stabilize the situation with those fleeing the Mediterranean. Going more into the importance of the hotspots, she argued that there is a definite need for a comprehensive relocation program, as well as a return plan for when it comes time for those who sought refuge to come back to their homes. Kyenge also expressed her concern at the lack of involvement of human rights agencies, claiming that the catastrophes currently facing these refugees should undoubtedly involve the assistance of such agencies. Kyenge also emphasized the need for all individuals’ rights—regardless of age—to be protected throughout the entirety of the migration process. Another major point of Kyenge was the list of “safe” countries, which she believed is not necessarily a fair portrayal of which countries in the world are truly “safe”.  She ended her opening strongly with the declaration of: “My message is clear, we cannot slide backwards when it comes to rights.” This fear of sliding back, shared with Metsola, was adequately addressed through the presentation of both co-rapporteurs.

The discussion surrounding the debate was heavy on both sides, but perhaps the most memorable part of the several hour long debate were the closing remarks from Francois Decoster, the rapporteur on migration at the European Committee of the Regions and member of the Nord-Pas-de-Calais Regional Council. Decoster expressed his dismay at some of the negative comments with regard to migrants that arose during the debate. Decoster claimed: “I have heard statements that stray far from the fundamental values of the European Union, values that should remain at the heart of the European project. Thank you to those of you that took the floor to denounce such statements that have no place in the European Parliament —a Parliament of freedoms.” Decoster, in support of Metsola and Kyenge, called on the Member States to stand against those who reject the need to support the local agencies who have been helping incoming migrants and do all they can to aid in this humanitarian crisis.

Watch the broadcast of the meeting