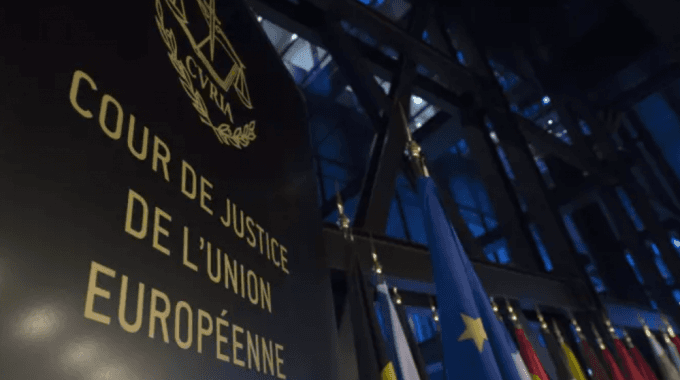 National legislation which restricts the grant of a benefit introduced for top-level sportspersons to citizens of the Member State concerned is an impediment to the freedom of movement for worker.

On February 4th, the European Court of Justice ruled that a worker who is a national of one Member State is to enjoy, in the territory of another Member State, the same social advantages as national workers there. The ruling was based on the case where a Czech national (he chose this nationality upon the collapse of Czechoslovak Socialist Republic), who is resident in the territory of what is now Slovakia and who had won gold and silver medals in the Ice Hockey European and World Championships as a member of the national team of the Czechoslovak Socialist Republic, was refused an additional benefit introduced for certain high-level sportspersons who have represented Slovakia, because he did not have Slovak nationality.

The Court found that, since the worker in question is a migrant worker, he is covered by the concept of a “social advantage”. Therefore, it concluded that compensating a migrant worker in the same way as workers who are nationals of the host Member State for exceptional sporting results obtained while representing that Member State may contribute to the integration of that worker into that Member State and therefore achieve the objective of freedom of movement for workers. Furthermore, the Court noted that the additional benefit at issue would also compensate for the fact that the worker in questions was unable to fully integrate into the labour market during the years dedicated to practicing a sport at a high level. Thus, the Court found that a Member State which grants such a benefit to its national workers cannot refuse to grant it to workers who are nationals of other Member States without discriminating on the basis of nationality.

On January 22nd, the European Court of Justice ruled that the conditions set out in the Citizens’ Rights Directive (Directive 2004/38/EC) for acquiring the right of permanent residence in a host Member State, must also be applied to persons who have stopped working because they have reached the set retirement age, in order for them to be entitled to receive an additional supplement to their pension.

Article 17(1)(a) of Directive 2004/38/EC states that for EU citizens and their family members to be able to receive the right of permanent residence in a host Member State, they must have:

The European Court of Justice ruling was based on the case of a Romanian national born on 28 January 1950, who has resided continuously in Austria since August 2013 and reached the statutory retirement age in January 2015. He was refused a compensatory supplement to augment his retirement pension on the basis that he had not lived in the host Member State for the required three years prior to applying for the additional benefits.