Home>News>EU Rights in the Spotlight – December and January

EU Rights in the Spotlight – December and January 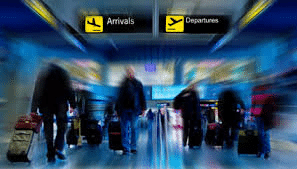 In December 2015 and January 2016 the European Court of Justice (ECJ) issued two important rulings on the field of labour in the EU – the latter with implications for the freedom of movement of workers in the EU.

The first one concerns a case brought by the Commission against Greece on grounds of a breach of the EU Working Time Directive (2003/88/EC), which provides for a maximum weekly working time of 48 hours and for a minimum daily rest period or a compensatory period. The Court concluded that Greece had infringed EU Law by failing to comply with these limits.

The second judgement concerns a case brought by the Commission against Cyprus, on the grounds that the Cypriot legislation on pension entitlement is discriminatory and therefore contrary to EU Law, in so far as it deters Cypriot civil servants from leaving Cyprus to work in another Member State by preventing them from aggregating their social security rights.

In January 2016 the European Court of Justice issued an important ruling with implications for the topic of free movement of workers in the EU. The judgement concerns a case brought by the Commission, which claimed that Cypriot legislation on pension entitlement is discriminatory and therefore contrary to EU Law, in so far as it deters Cypriot civil servants from leaving Cyprus to work in another Member State by preventing them from aggregating their social security rights.

In its judgement, the Court recalls that articles 45 and 48 of the Treaty of the European Union provide for the freedom of movement for workers within the EU and specifically foresee that migrant workers can benefit from the aggregation of all insurance periods in such a way as to guarantee their work record for the purposes of social security.

Yet Cypriot legislation establishes differences between Cypriot civil servants that permanently exercise their professional activity in Cyprus and those who resign from their position to accept employment in another EU Member State or in an international organisation, including an EU institution. Based on the Cypriot legislation in force the latter lose their pension rights as a result of the mobility and receive merely a lump sum in compensation.

According to the ECJ such differences in the Cypriot legislation constitute an obstacle to freedom of movement of workers, as they  are likely deter Cypriot officials from leaving their country of origin to look for a job in another Member State the EU, and are, as a result, contrary to EU Law. The Court recalls that while national legislation may sometimes constitute a restriction on a fundamental freedom, such a restriction can only be justified “if it is dictated by reasons of an economic nature in the pursuit of an objective in the public interest” and provided that it is appropriate and proportionate to attain the goal pursued, which has not been proved in the present case.

The European Court of Justice (ECJ) ruled that Greece is in violation of European Union law by allowing doctors to work long hours without proper rest.

Ten Greek medical associations filed a complaint to the ECJ in which they complained that Greek doctors work 60 to 93 hours per week without proper rest and under substantial pay cuts. The complaint was backed by the European Commission. The ECJ ruled in their favour, against Greek law. According to ECJ, Greek doctors “may have to work more than 24 consecutive hours and even up to 32 hours”.  The ruling says that doctors should not work more than 48 hours per week and they should be allowed proper rest time between shifts.

The ECJ also stated in its ruling that on-call duty extended the time Greek doctors are required to be at work. Moreover it criticized the Greek practice of postponing the 24-hour rest period for a week after the end of a doctor’s on-call period. Even though the working time rules do not apply to the private sector, this ruling will have an impact on majority of the Greek doctors as most Greeks use the public healthcare system.

The ECJ based its decision on the EU Working Time Directive (2003/88/EC), which among others states that average weekly working time cannot exceed 48 hours, all workers are entitled to minimum rest of 11 consecutive hours in each 24-hour period and that workers should also have 24 hours’ minimum uninterrupted rest in each seven-day period, as well as 11 hours’ daily rest.

Greece’s National Health System is hit hard by the economic crisis, forcing the government to carry out major budget cuts under the EU bailout rules. In 2008-2012 there was about 25% cut in healthcare spending. The Greek government claims that the Greek healthcare system is short of 4,500 doctors as well as other medical and paramedical staff. But according to the Panhellenic Medical Association, another 5,000 doctors and 15,000 nurses are needed. They also point out that in the public sector, where most people are cared for, doctors rarely get the prescribed 11 hours’ rest in a 24-hour period.

In Greece the financial crisis increased the amount of people who are coming to the public service causing, among others, increase of waiting lists for surgeries. Waiting times have lengthened between a regular appointment and surgery. Another problem is that the medical staff who are on sick leave or who retire are not being replaced.