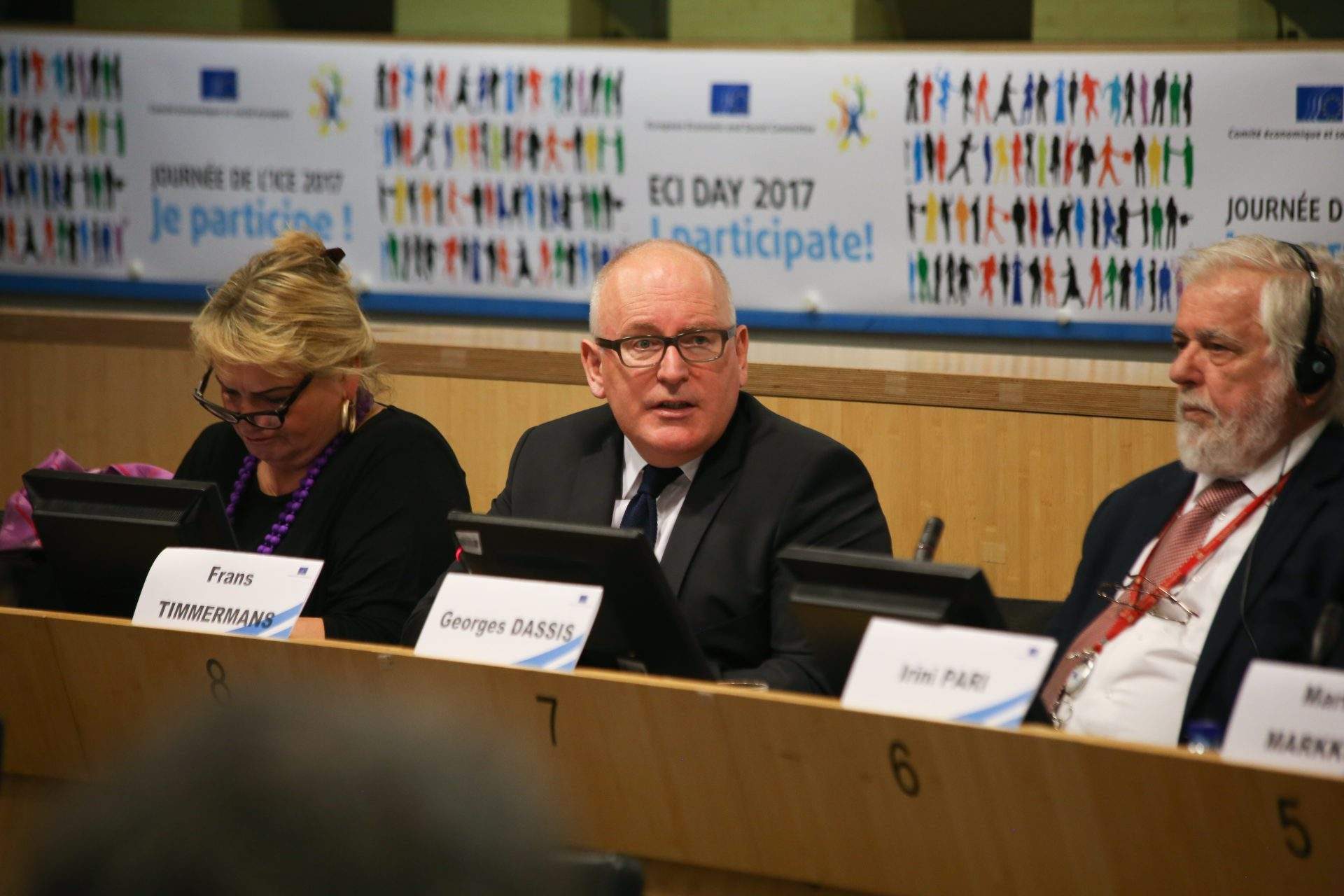 Following a State of the Union address that placed democracy at the heart of the EU’s agenda, on 13 September 2017 the Commission published a promising reform proposal to improve the European Citizens Initiative (ECI).

This decision was taken by First Vice-President Frans Timmermans, who has stated that delivering ECI reform is an important priority for him before the end of this Commission’s term in office. He has committed to revising the relevant Regulation to make the ECI more user-friendly, especially by taking advantage of new identification and collection technology to make it easier to organise and support an initiative.

One year ago, as a member of the Stakeholders’ Group of the REFIT Platform for Better Regulation, ECAS submitted an evidence-based opinion calling for a  revision of the ECI Regulation. The opinion was supported by both groups of the Platform: the stakeholder group, comprising representatives of business, social partners and civil society, and the government group, with representatives of national governments.

The point of the ECI opinion was to address many of the ECI’s shortcomings and, by analysing the proposal and the Commission Staff Document, we have identified which of the six REFIT recommendations have been included:

In recent months, the Commission has made an effort to facilitate the registration of ECIs. The Commission’s proposal improves the current framework by “clarifying the conditions for an initiative to be partially admissible as well as enhancing transparency and ensuring that citizens are informed of the conditions of the registration when considering providing support to the initiative.” The Commission has also proposed to enhance advice and support to organisers of initiatives via an online collaborative platform (complementing the assistance and information service run by the Commission) and a more citizen-friendly registration procedure, including the possibility of providing information on initiatives in cases where the requirements for registration are not met.

Although there has been some clarification on the procedure for the legal admissibility test, the Commission still does not give a strict definition of what is “manifestly outside” its powers and which political actions it can initiate or undertake.

One of the main problems of the ECI has always been the complexity in signing it, due to numerous personal data requirements. The Commission has announced its intention to simplify the forms for the collection of statements of support by reducing the number of support forms from 13 to 2. Furthermore, according to the Commission’s proposal, the personal data to be provided by signatories will be simplified via a unified approach based on nationality, which is intended to reduce the reluctance of EU citizens to provide their personal data and to facilitate the collection of signatures.[1]

The Commission has accepted the REFIT recommendation on subject 3 and proposes the possibility to establish citizens’ committees (groups of organisers) as legal entities, stating that the group of organisers “shall be jointly and severally liable for any other damage caused in the organisation of an initiative by unlawful acts committed intentionally or with serious negligence”[2].

Until now, the 12 month period for the collection of one million signatures has always been a race against time for ECI organisers from the moment their ECI is registered. The REFIT recommendation for subject 4 was either to extend the period to 18 months or introduce a buffer period. The Commission has accepted the second option by introducing the “right of organisers to choose the starting date of the collection period, within three months from the registration of the initiative, and the maximum duration of 12 months for the collection period”[3]. This would allow organisers to prepare their campaign and their online collection system if they decide not to use the Commission’s central system.

In addition, the online collection system will provide the possibility for EU citizens to support initiatives by using their notified electronic identification means (eID).

The Commission mentions it will be carrying out awareness-raising and communication activities on the ECI as well as for the possibility for organisers and the Commission to collect emails from signatories for communication purposes (with consent and in accordance with data protection rules)[6]. However, it does not mention details on how these activities will be implemented.

We welcome the fact that the Commission has adopted most of the REFIT recommendations for reforming the ECI, as these technical improvements will certainly make the ECI more user-friendly. However, in order to make the ECI a truly cost-effective instrument for participatory democracy, the Commission should put more effort into clarifying the follow-up process to successful ECIs with one million signatures and when this would lead to a legislative proposal.

Citizens are only drawn to participatory tools if they can make a meaningful contribution to policy-making. If the Commission does not use this reform as an opportunity to improve the impact they can make, then the ECI will remain merely a costly exercise for organisers with little prospect of real success.

It is now incumbent upon the Commission, Parliament and Council to follow through with the reform and go further to ensure that the ECI becomes an effective mechanism for citizens to participate in EU policy-making.

Find out more about Digital Democracy and the ECI Support Centre