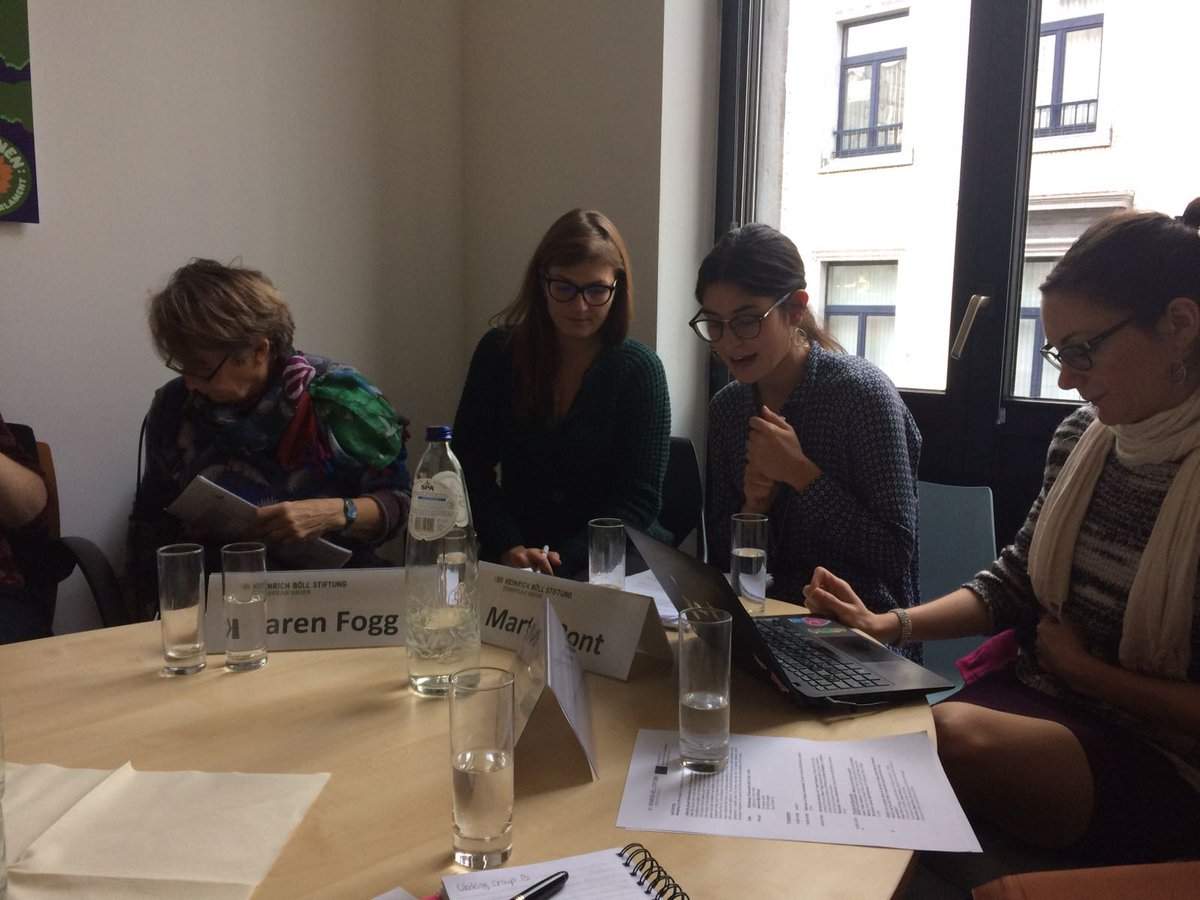 On 16 November, 2016, ECAS’ Membership and Outreach Manager, Marta Pont, was invited by the Heinrich Boell Stiftung to moderate a working group on the unavoidability of Brexit and ways to maintain close relations between the EU and the UK.

The working group was part of the Workshop for the Future organised by Heinrich Boell Stiftung for a group of 30 participants from across Europe aged between 18 and 30.

Karen Fogg, associate fellow of the Leuven Centre for Global Governance Studies and a former Commission official, and Sophie Heine, research associate at the Centre for International Studies, participated in the working group as speakers.

Fogg mentioned the role of the UK’s media in campaigning against the EU for over 30 years, the mainstreaming of Euroscepticism across the UK’s political spectrum and the lack of an EU champion in the country as key drivers behind Brexit. She further argued the role that civil society has to play in giving salience to EU issues at national level, which, according to her, it has not fulfilled.

Heine took a broader perspective and argued that the mainstreaming of populism and Euroscepticism is no longer a marginal phenomenon applicable only to the UK, but a structural trend shared across the EU. She argued that the incomplete Europeanisation of an increasing number of areas in the past years has weakened national sovereignty without creating the basis for an authentic European sovereignty and is to blame for the growing distrust towards the EU.

With regard to the aftermath of Brexit, Fogg stressed that there is no ‘soft’ Brexit possible, leaving a ‘hard’ Brexit as the only realistic option. Within this scenario, she stressed that visa liberalisation will be a key issue, in particular for young people, who have long benefitted from unrestricted mobility across the EU. She also emphasised the importance of fostering cultural cooperation and mutual interest between the EU and the UK through informal networks. While the UK’s cultural influence is likely to continue to shape the EU, not least because of English being the lingua franca, she feared that getting the UK interested in the EU after Brexit will be a challenge.

Heine preferred not to hypothesise on whether it would be a ‘hard’ or a ‘soft’ Brexit, but she stressed the fact that the UK High Court’s landmark ruling on the involvement of Parliament in the exit negotiations could change or shape the actual terms of whatever deal is reached.

In any case, what came out of the discussions is that mobility will be a key issue in the negotiations and that even if freedom of movement is abolished in the event of a ‘hard’ Brexit, it will be in everyone’s interest, but particularly for young people, to ensure a free visa policy between the EU and the UK.