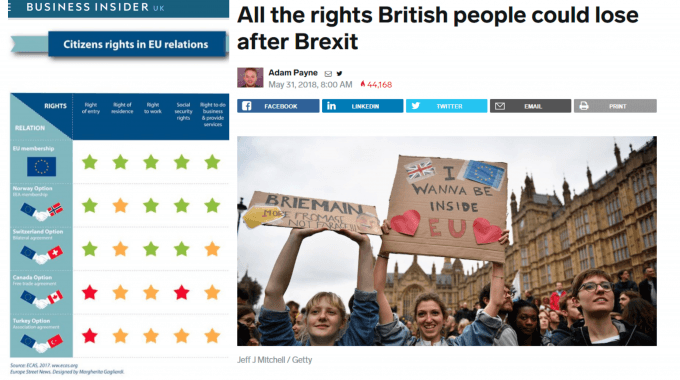 Last year, ECAS joined efforts with three other partners – New Europeans (UK), the European Disability Forum (BE) and the EU Rights Clinic– to produce a thorough and objective analysis which considers how citizens’ rights will be impacted under different Brexit scenarios.

Read our full study on Brexit and Citizens’ Rights.

“All the Rights British People Could Lose After Brexit” (31 May 2018, UK Business Insider)