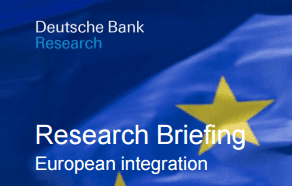 Deutsche Bank drew upon ECAS’ earlier work in its report, referencing ECAS’ recent publication “Fiscal Impact of EU Migrants in Austria, Germany, the Netherlands and the UK“, and drawing upon and agreeing with the main finding that EU immigrants have a positive impact on the finances of these countries.

The  Deutsche Bank report finds that there is no evidence of “benefit tourism” as a mass phenomenon within the EU:

Furthermore, it stresses that limiting free movement would be counterproductive:

The report also suggests that it would be productive to consider

“alternative rules for access for access to social benefits that do not inappropriately hamper the free movement of citizens within the EU“.