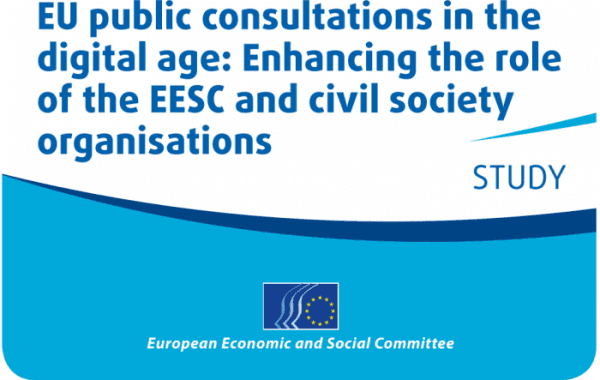 EU online public consultations are used as a tool to foster transparency at EU level and offer an opportunity to both civil society and European citizens to participate in the EU decision-making process. They are generally run by the European Commission, which tries to legitimate its actions and reduce the democratic deficit by taking into account the opinions of stakeholders and citizens.

This process is facilitated by the use of Information and Communication Technology (ICT), which allows stakeholders and citizens to directly express their opinions on specific topics and engage in an interactive dialogue. As a consequence of the potential for new technologies to enable more direct participation and foster citizens’ civic engagement at EU level without the intervention of intermediary or representative organisations, civil society organisations are called upon to rethink their traditional role as mediators between citizens and EU institutions. In the case of EU online public consultations, however, they can still play a crucial role in improving the consultation processes.

For the European Economic and Social Committee (EESC), ECAS has produced a study analysing the purpose of consultations and the current consultation practices at EU level, and the potential for the EESC and civil society organisations (CSOs) to improve EU consultations as a tool for participatory democracy.

The study makes a series of recommendations about how CSOs and the EESC can improve EU online consultations, including:

Read the full study
Find out more about Digital Democracy