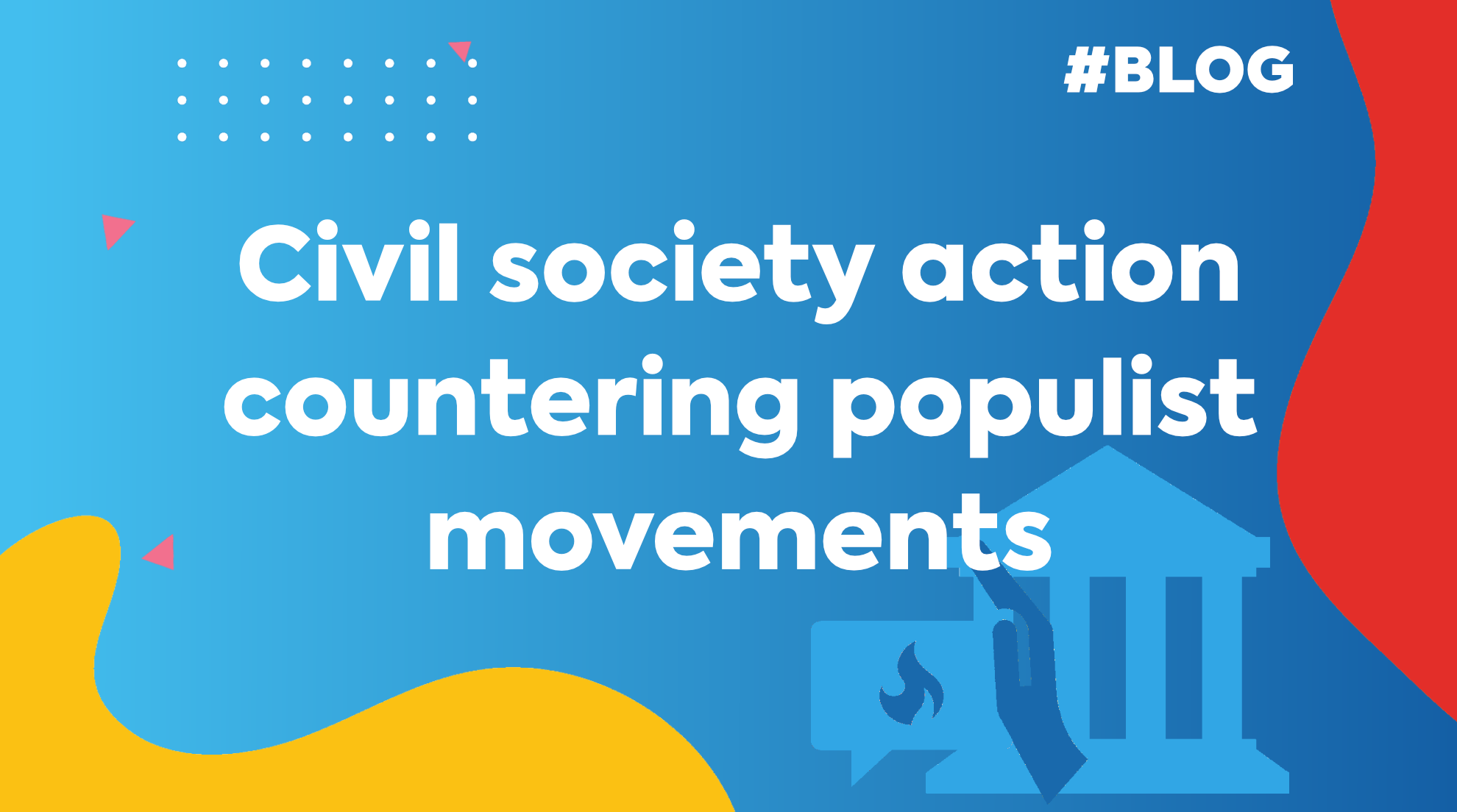 This blog post is based on a working paper, published in the scope of DEMOS – a project funded by the European Union’s Horizon 2020 research and innovation programme.

Populist movements gained worldwide traction over the last decades. While populist democracies are based on a single cleavage, adversarial politics and majoritarianism, liberal democracies incorporate multiple cleavages, an overlapping consensus and constitutionalism. In the past, different steps were taken to safeguard such liberal values. We analysed ten projects, carried out by civic actors, that are dedicated to addressing populist movements and safeguarding liberal democracy.

There is a great diversity of action taken by civil society and academics in that field. Every project can do its part to plant the seeds for more democratic, open and pluralistic societies. In our working paper, we did not find one silver bullet on how to counter populist movements best. Instead, it is important to create synergies between different projects with diverse approaches. The shared willingness of all project managers to connect with one another and tackling challenges together is very promising.

Research and awareness-raising projects mainly concentrated on the identification and deconstruction of populist narratives. Projects that carried out participatory activities, rather focused on intercultural training. A widely shared strategy was the attempt to activate people from all kinds of backgrounds: taking into account every one’s voice was identified as an important strategy.

Regarding the challenges for such projects, the engagement with citizens that are generally less active proved to be difficult. One tough question had to be answered by a number of managers ahead of their activity: should they include populist actors or narratives in their projects? Most of them decided not to. Other obstacles were multicultural conflicts in intercultural training environments, low levels of commitment by participants and the bureaucracy associated with project management.

A final point to mention here is measuring the project’s impact. Defining the right indicators to assess the success of a project appears to be a challenge as well. Here, the right balance between qualitative and quantitative approaches is key.

Besides recommendations for policy makers and civil society actors, we also aimed at providing more practical assistance to future project managers in the field. The treasure of experiences that we explored led to the setup of a basic guide to design a project tackling populism. Our goal was to establish a first starting point, rather than having an exhaustively sketched out roadmap. 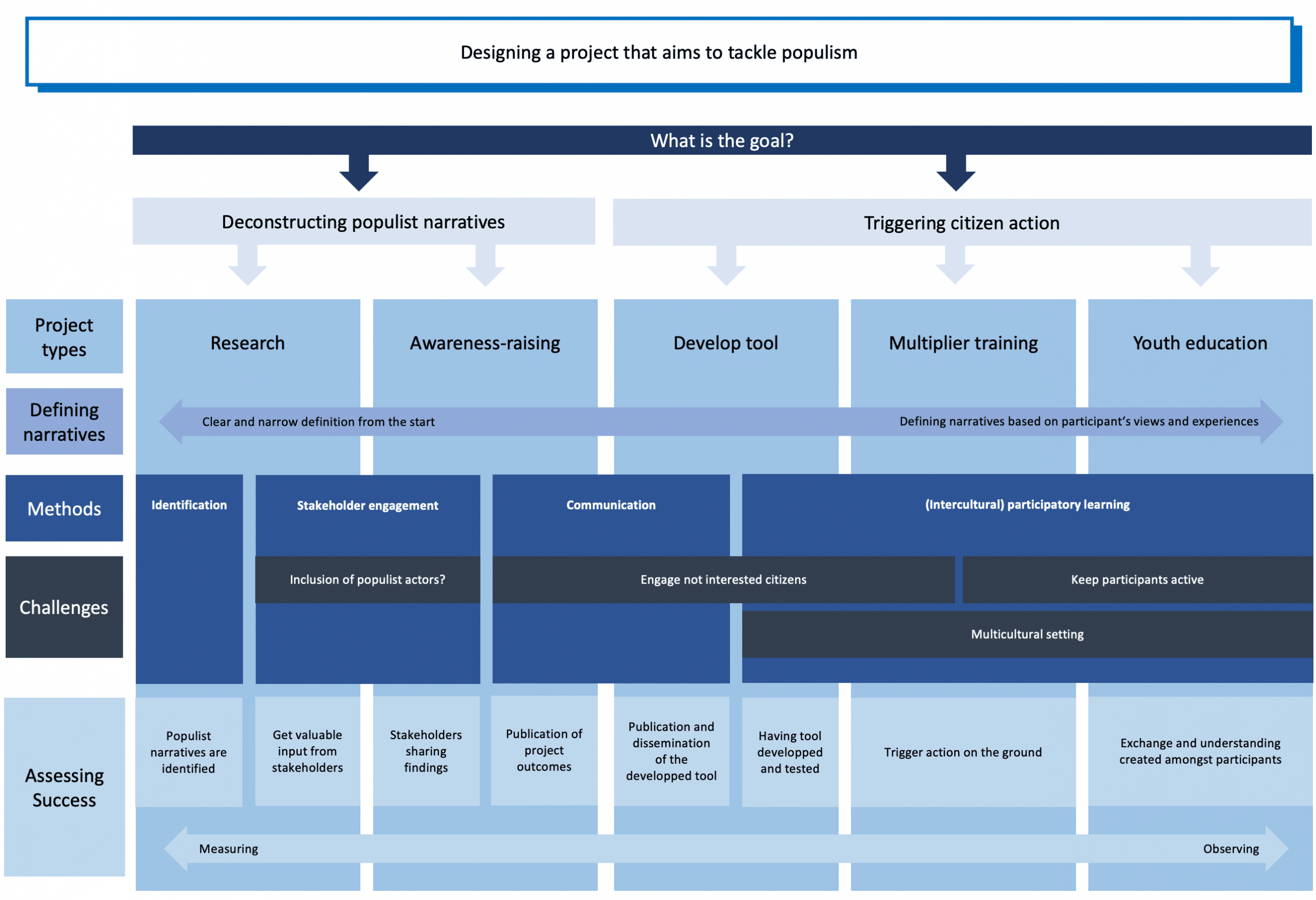 This working paper is an opening for further reflection in this field. Our research highlights the great potential that lies in connecting actors on the ground and creating synergies between projects. One important takeaway from the working paper is the confirmation that diversity of ideas does not lead to competition but constitutes a source for better results. Therefore, ECAS remains committed to keep understanding different ways of how civic actors can counter populist movements. Within the framework of DEMOS and beyond, we will advocate to embrace and facilitate civil societies’ role in this important endeavour. We are looking forward to remaining engaged with civic actors, researchers as well as with policy makers in that regard.