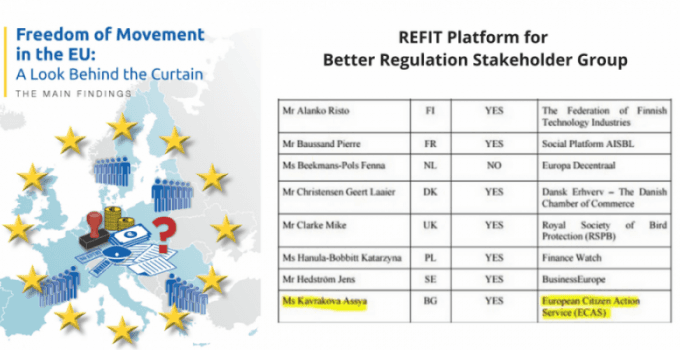 Following the ECJ case law of 5 June 2018 ruling the recognition of residence rights for same-sex spouses living in the EU, ECAS encourages the Commission to take this case law into account and promptly issue an up-to-date Communication on the Citizenship directive.

Last week the European Court of Justice recognized freedom of residence for same-sex spouses living in the EU.

This arose from a case by Adrian Coman, a Romanian-American national who married his partner in Belgium. His partner had been denied a residence permit on the ground of family reunion because Romanian law does not recognize same-sex marriages.

It is of paramount importance that the Commission take into account this case law and all other ECJ rulings issued since the last Communication on Directive 2004/38/EC in 2009, and issue a new Communication.

ECAS has already called for a revised Communication which must reflect all ECJ rulings. As a Member of the Regulatory Fitness and Performance (REFIT) platform Stakeholder group, last year ECAS submitted a series of recommendations outlining 10 loopholes which compromise citizens’ residence rights. The recommendations resulted in an opinion, which was adopted by the REFIT platform, recommending a new Communication on the Citizenship Directive, to which the Commission is expected to respond in due course.

Many obstacles to entry and residence rights to EU nationals and their non-EU family members existing today are caused by existing gray areas in the Citizenship Directive, which we urge the Commission to address and clarify.