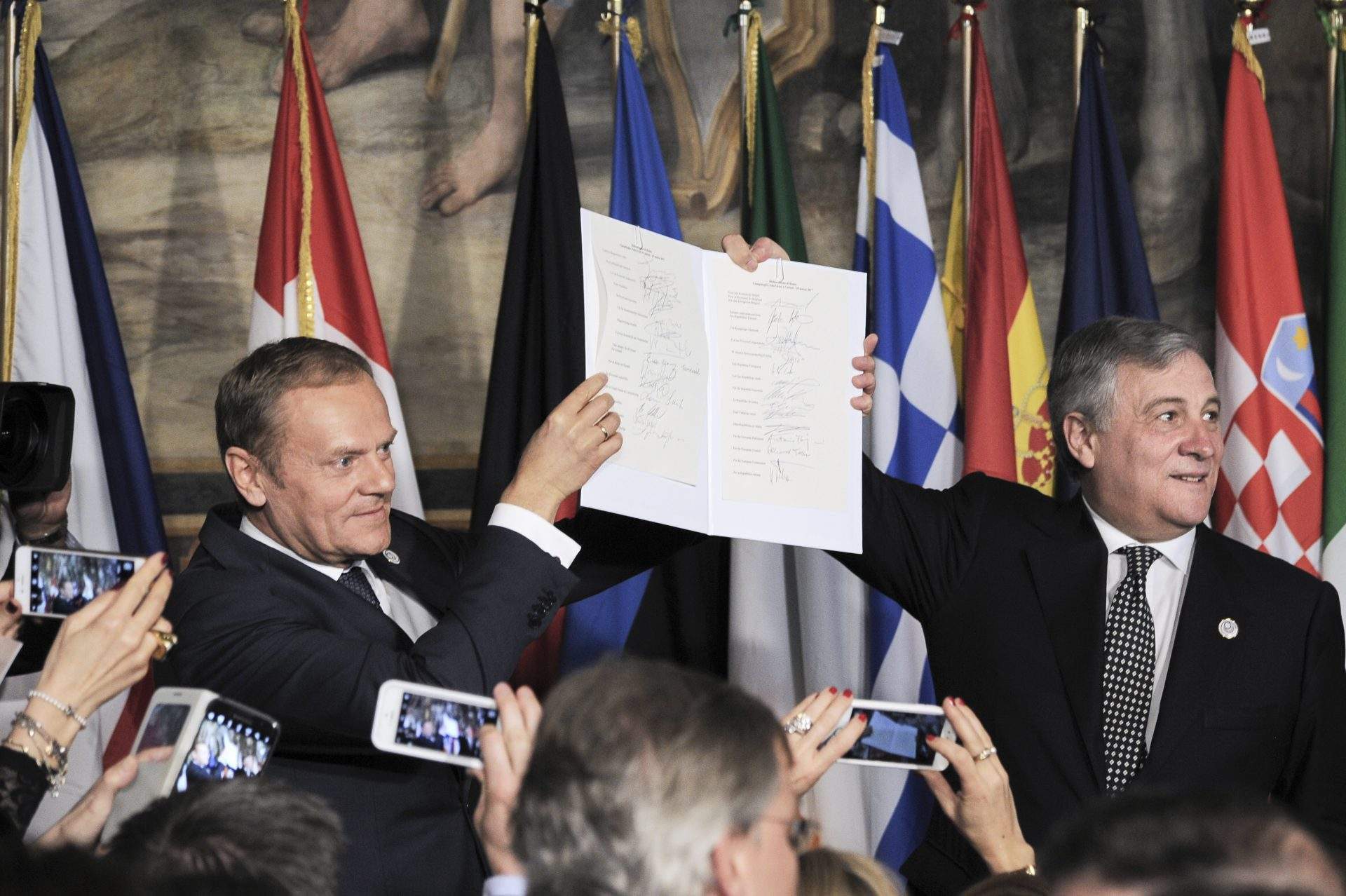 On the occasion of the 60th anniversary of the Treaty of Rome on March 25, EU leaders pledged to offer citizens “both security and new opportunities” in the face of unprecedented global and domestic challenges, whilst leaving the door open for a ‘multispeed’ Europe.

The Rome Declaration emphasised the message of unity and solidarity by declaring the Union “undivided and indivisible”, yet pointed towards a future of differentiated integration. In an explicit reference to a ‘multispeed’ Europe, EU leaders pledged to “act together, at different paces and intensity where necessary, while moving in the same direction”.

Within this context, EU leaders elaborated the EU’s future objectives. The ‘Rome Agenda’ would aim to achieve a “safe and secure Europe”, a “prosperous and sustainable Europe”, a “social Europe” and a “stronger Europe on the global scene”, which is broadly in line with the issues that are most important to EU citizens, as stated in the 2016 Autumn Eurobarometer – immigration, terrorism and the economy.

But it is unclear what a ‘multispeed’ Europe would mean for citizens and to what extent the views of citizens will be incorporated into the future direction of Europe. It goes against the stated wishes of a number of eastern and central European Member States, particularly Poland, who fear a ‘multispeed’ Europe would entrench existing divisions and lead to the disintegration of the EU. Moreover, citizens’ rights would become dependent on where people live, a point that was made when the Commission published its White Paper on the future of Europe on 1 March 2017.

In addition, despite the Rome Declaration pledging to “listen to and respond to the concerns expressed by our citizens” and to “promote a democratic, effective and transparent decision-making process”, there is no explanation as to what this really means, besides working together “at the level that makes a real difference”.

It is clear that EU citizens are neither content with the way the EU is working nor positive about its policy direction. A recent report by Bertelsmann Stiftung shows that only a quarter of the citizens of the EU28 believes the EU is moving in the right direction, a result that is backed up by the 2016 Parlemeter and also holds true at national level.

According to a survey by Politico on Junker’s five scenarios for the future of Europe, only 2% support “carrying on” along the same path, while 47% of citizens want “To Do Much More Together”. This is almost double the support for the ‘multispeed’ scenario of “Those Who Want More, Do More”, indicating a gap between the aims of the Rome Declaration and the desires of citizens.

If the EU is to build a democratic and transparent Union that listens and responds to its citizens, it will need to go beyond the rhetoric of unity, solidarity and subsidiarity. According to the 2016 Autumn Eurobarometer and the 2016 Parlemeter, a majority of EU citizens do not believe their voice is heard in the EU. This has remained consistent over a number of years and contrasts with how citizens feel about national institutions.

The EU needs to rethink how it engages with its citizens and institute effective participatory mechanisms to bridge the gap between decision-makers and citizens. New technologies offer the means to transform the relationship between government and citizens into more of a partnership, and enhance and legitimise existing representative institutions.

As the Parliament recently stated, the EU must “take the lead in reinforcing e-democracy” and “make it possible for citizens to communicate meaningfully and share their concerns with their elected representatives”. Crowdsourcing and other digital mechanisms can restore trust, build consensus and strengthen EU citizenship.

Brexit gives the EU the opportunity to start afresh and renew its vows with the European people. Our leaders must not let it pass.