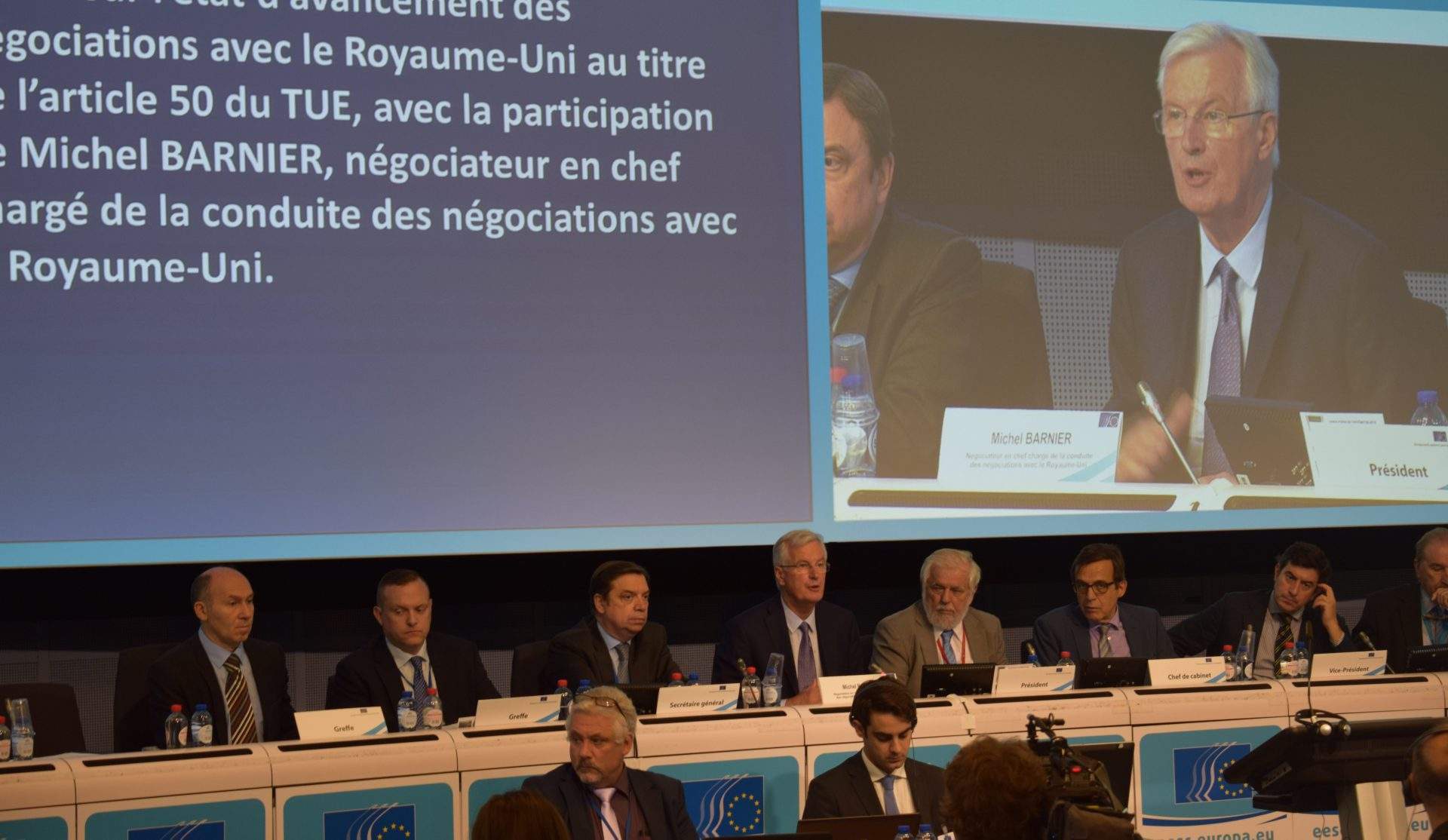 Michel Barnier has restated the need for citizens’ rights to come first in the Brexit negotiations to “create a climate of trust”, adding that the financial settlement and Irish border are also at the top of the list of priorities.

Speaking at the European Economic and Social Committee (EESC) in Brussels today, Mr Barnier also warned that the UK would become a ‘third country’ after Brexit and that it would not be “business as usual” and would have a cost. The free movement of persons, goods, services and capital are “indivisible”, he said, and there can be no “sector by sector participation in the Single Market” and “no frictionless trade outside the Single Market”.

He went on to say that the UK must remain within the jurisdiction of the European Court of Justice under any transitional arrangements that may be agreed in the future.

EU citizens in the UK “personally affected” by Brexit

On the issue of citizens’ rights, Luca Jahier, the President of Group III at the EESC, drew Mr Barnier’s attention to ECAS’ Brexit survey, which found that 86% of EU citizens living in the UK feel personally affected by Brexit.

Responding to Mr Barnier’s assertion that a ‘no deal’ scenario for Brexit would worsen a ‘lose-lose’ situation and that “a fair deal is better than no deal”, Mr Jahier pointed to the survey findings to say that when it comes to citizens’ rights, even a bad deal would be better than no deal as it would at least offer some protections for citizens.

ECAS’ survey, ‘What Do Citizens Want From Brexit?’, was conducted in the framework of the Citizen Brexit Observatory, a partnership with the University of Sheffield School of Law and the Law Centres Network.

The transcript of Mr Barnier’s speech can be found here