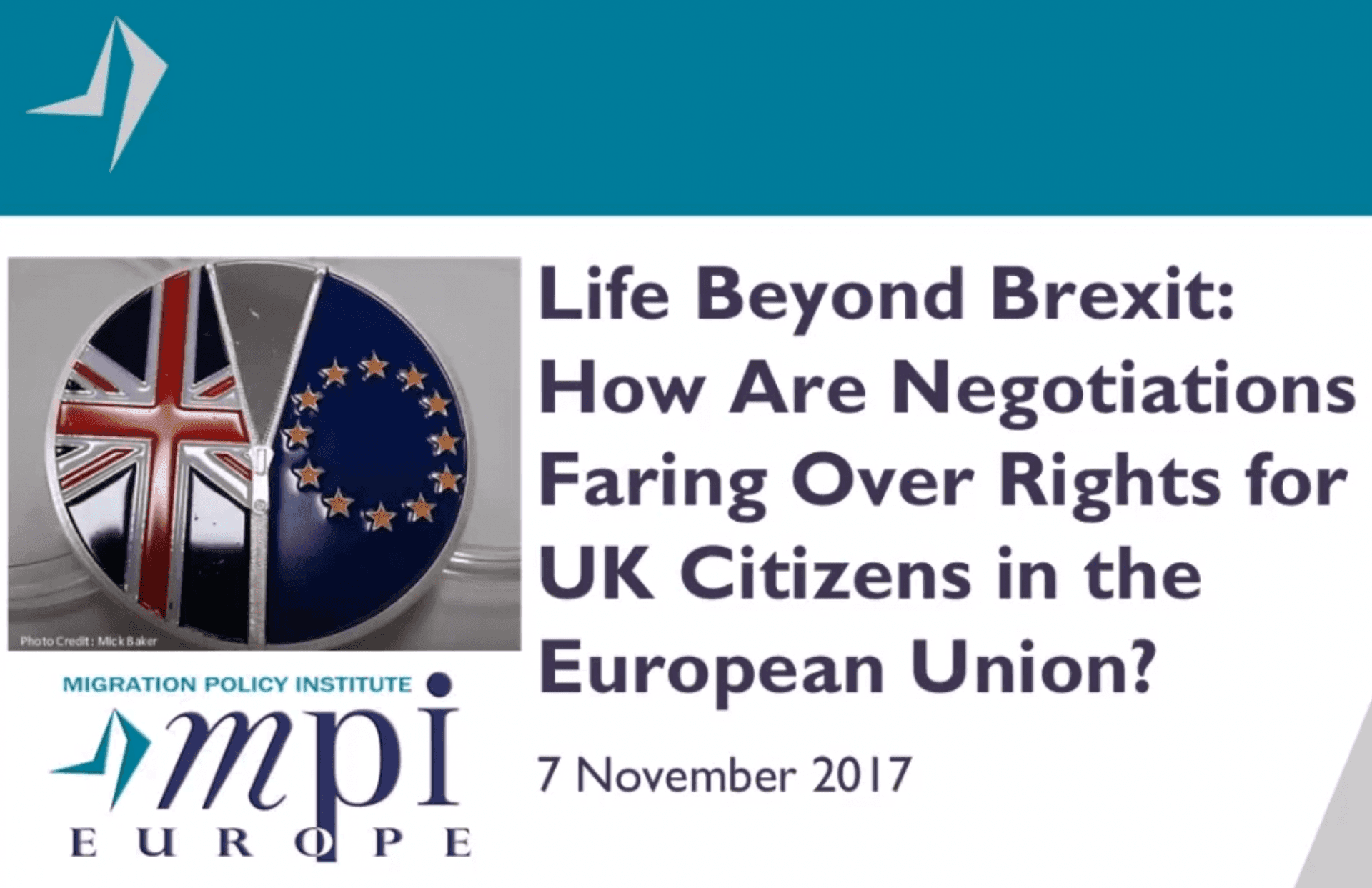 On 7 November 2017, ECAS’ Executive Director, Assya Kavrakova, took part in the webinar ‘Life Beyond Brexit: How Are Negotiations Faring Over Rights for UK Citizens in the European Union?‘ living in the EU27, discussing the priorities and concerns of UK citizens based on ECAS’ survey ‘What Do Citizens Want From Brexit?’

There is no doubt that for both groups [EU citizens in the UK and UK citizens in the EU27] the most valued rights are European citizenship rights, but there are slight differences.

Definitely, the right to live in another EU country is the most valued right of UK citizens, followed by the right to access public healthcare and the right to enter an EU country without a visa. From that perspective, free movement in the EU itself is highly valued.

The loss of EU citizenship, which is very much related to the loss of identity, as well as the economic impact of the post-Brexit situation, worries UK citizens very much.