Home>Publications>European Week of Gender Equality: Mobility of Rainbow Families across the European Union

European Week of Gender Equality: Mobility of Rainbow Families across the European Union 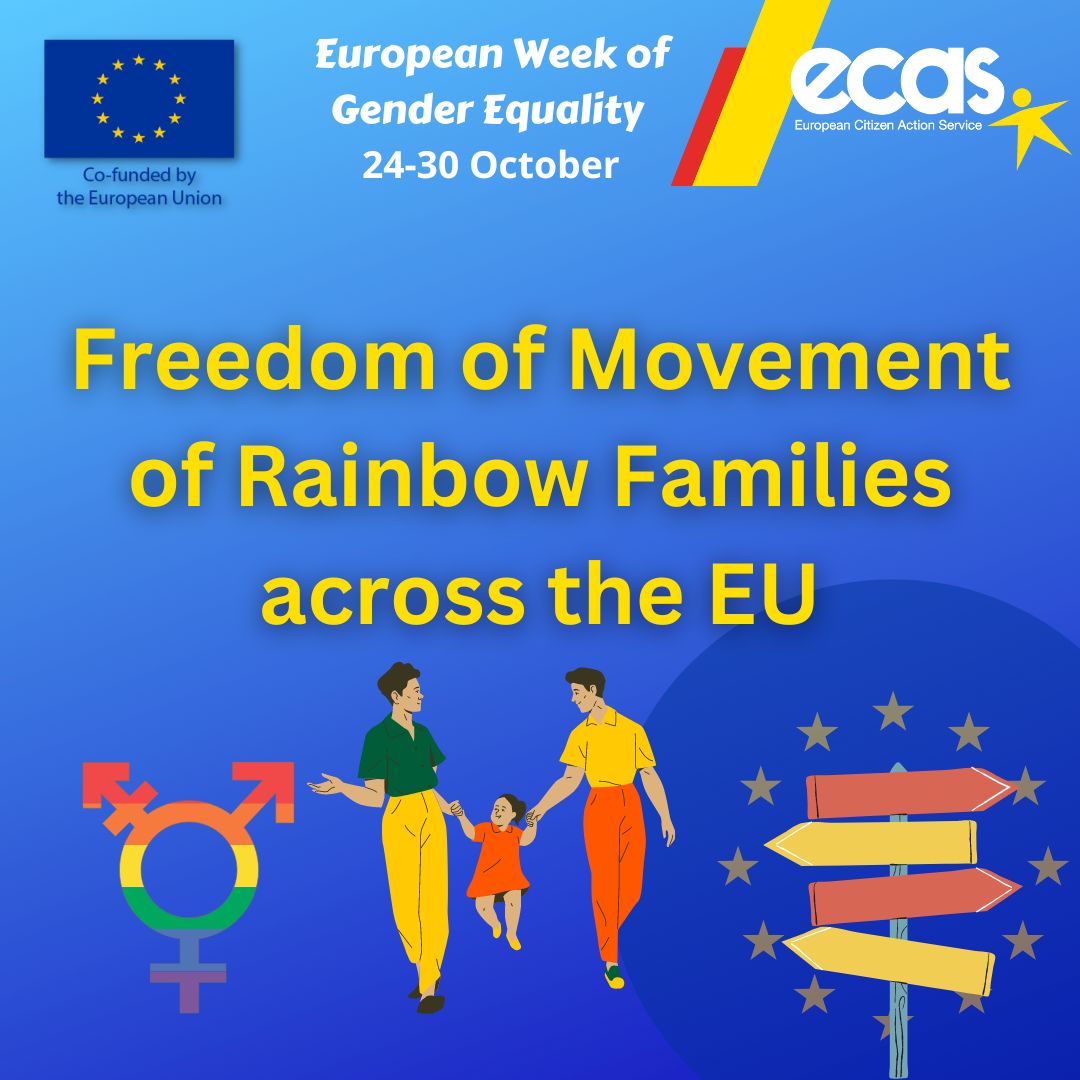 One of the main target groups of ECAS is mobile citizens. It has been made clear that the Communication on Directive 2004/38 will further clarify and simplify the implementation of free movement to so-called “rainbow families”. The following case law shows where we stand in terms of freedom of movement. Disparities between Member States have made mobility challenging for rainbow families, ECAS is trying to raise awareness on how to improve the situation through its training sessions.

The Adrian Coman vs Romania ECJ case law clarified the rights of mobile same-sex married couples in the European Union. Adrian Coman, a Romanian citizen, and Robert Clarbourn Hamilton, third country national, married in Belgium in 2010. Two years later, Mr Hamilton, in his capacity as a member of Mr Coman’s family, requested a permanent right to residence in Romania. However, his request was rejected by the Romanian authorities on the basis that the Civil Code prohibits same-sex marriage and does not recognise such unions even if contracted abroad.

The ECJ ruling stated that the term “spouse” is indeed gender neutral and may therefore include spouses of the same sex. Therefore, Romania cannot rely on its national law as justification to refuse the recognition of a marriage between two persons of the same sex legally concluded in another Member State. A refusal of said right would have resulted in different applications of the EU citizens’ freedom of movement among its Member States, depending on whether or not national law allows same-sex marriage.

Nonetheless, the current situation has its shortcomings as the case law applies to “spouses” only. Currently, same-sex unregistered partners are still unable to fully exercise their rights to freedom of movement recognized in certain Member States. Moreover, in june 2022, the LGBTI intergroup of the European Parliament has written a letter to the President of the European Commission, Ursula von der Leyen, to ask for the launch of an infringement procedure against Romania for the non-implementation of the Coman judgement after 4 years.

The V.M.A. v. Stolichna Obsthina / Rayon Pancharevo ECJ case confirmed that a child registered with two mothers in Spain and moving to Bulgaria had the right to get an identity document regardless of their birth certificate. An EU Member State is obliged to issue an identity card or passport without requiring a birth certificate to be drawn up beforehand by its national authorities. It is also obliged to recognize the document that the host Member State permits that child to exercise, with each of the (same sex) parents, their right to move and reside freely within the EU territory. The ECJ case law improves protection of rainbow family children against statelessness and protection of their right of free movement.

On top of this, same-sex parents are not treated equally with the rest of the population when it comes to parental rights across the European Union. Among the EU member states, 11 don’t give access to paid parental leave for same-sex partners.

As part of ECAS training sessions on freedom of movement which take place throughout the autumn in France, Italy and Spain, emphasis is being put on current case law on rainbow families. Training participants are invited to reflect together on progress that still needs to be made for freedom of movement to equally apply to all types of family. After the first training sessions, it appeared very clearly that there is an urgent need to harmonise the rules between Member States and to clarify Directive 2004/38 on freedom of movement so rainbow families are not discriminated depending on whether national legislation in their host or home Member State recognize same-sex unions or not.