Home>Publications>EU Rights in the Spotlight – July 2018 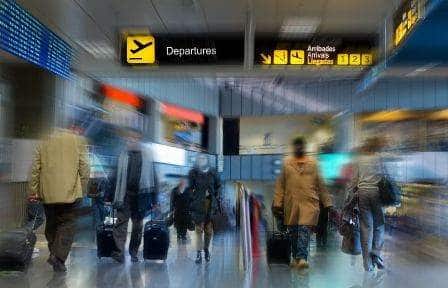 This EU Rights in the Spotlight section features three ECJ judgments affecting freedom of residence for EU citizens and their spouses of the same sex, change of gender and retirement pension, and entry and residence facilitation for non-EU partners.

The term ‘spouse’ within the meaning of the provisions of EU law on freedom of residence for EU citizens and their family members includes spouses of the same sex.

On 5 June the Court ruled that Member States cannot obstruct the freedom of residence of an EU citizen by refusing to grant his/her non-EU national same-sex spouse their derived right of residence in their territory.

The ruling results from Romanian national Mr. Adrian Relu Coman’s request for his husband Mr. Robert Hamilton, to lawfully reside in Romania for over 3 months. The Romanian authorities responded they could not grant Mr. Hamilton the right to reside for a longer period because he could not he could not be classified as a ‘spouse’ of an EU citizen in Romania, a Member State which does not recognize same sex marriage.

Although the Court confirmed that Member States have the freedom whether or not to authorize same-sex marriage, they are obliged to recognize a same-sex marriage concluded in another Member State for the sole purpose of granting a derived right of residence to a non-EU national.

A person who has changed gender cannot be required to annul the marriage which he or she entered into before that change of gender in order to be entitled to receive a retirement pension at the age provided for persons of the sex which he or she has acquired.

On 26 June the Court ruled that the EU prohibits direct discrimination based on sex, with regard to old age and retirement pensions.

The ruling follows the judgment in Case C-451/16 of MB, who was born a male in 1948 and underwent sex reassignment surgery nearly 20 years later. MB however does not hold a full certificate of recognition of her change of gender, since, pursuant to the national legislation, in order for that certificate to be granted her marriage had to be annulled. They chose not to annul the marriage for religious reasons. In 2008 MB applied for a retirement pension, however the State refused on the ground that in the absence of a full gender recognition certificate, she could not be treated as a woman.

After pointing out that the purpose of the marriage annulment condition (that purpose being to avoid marriage between persons of the same sex) is unrelated to the retirement pension scheme, the Court confirmed that this discrimination was based on sex, and prohibited by Council Directive 79/7/EEC on the progressive implementation of the principle of equal treatment for men and women in matters of social security

Where an EU citizen returns to his Member State of origin, that Member State must facilitate the entry and residence of the non-EU partner with whom that citizen has a durable relationship

On 12 July 2018, the ECJ ruled that a decision to refuse a residence authorisation to a non-EU national and unregistered partner of an EU citizen who is returning to the Member State of which he is a national after having exercised his right to freedom of movement to work in another Member State, must be founded on an extensive examination of the applicant’s personal circumstances and be justified by reasons.

The ruling follows South African national Ms. Rozanne Banger of Case C-89/17 who applied for a residence card in the United Kingdom after moving back with her British partner Mr. Philip Rado. The couple had been living together in the Netherlands for 3 years, where Ms. Banger had been granted residency in her capacity as an extended family member of an EU citizen, in accordance with Directive 2004/38/EC. According to UK law, in order to qualify as a family member of a British citizen, the applicant must either be the spouse or civil partner of the British national. As Ms Banger was not married to Mr Rado at the time her application was made, the UK authorities refused that application on the basis of the UK legislation transposing the directive.

The Court confirmed that Member States are not required to accord a right of entry and residence to non-EU nationals having a durable relationship with an EU citizen, but are only under an obligation to confer a certain advantage on applications submitted by those nationals, compared with applications of other nationals of non-EU countries.