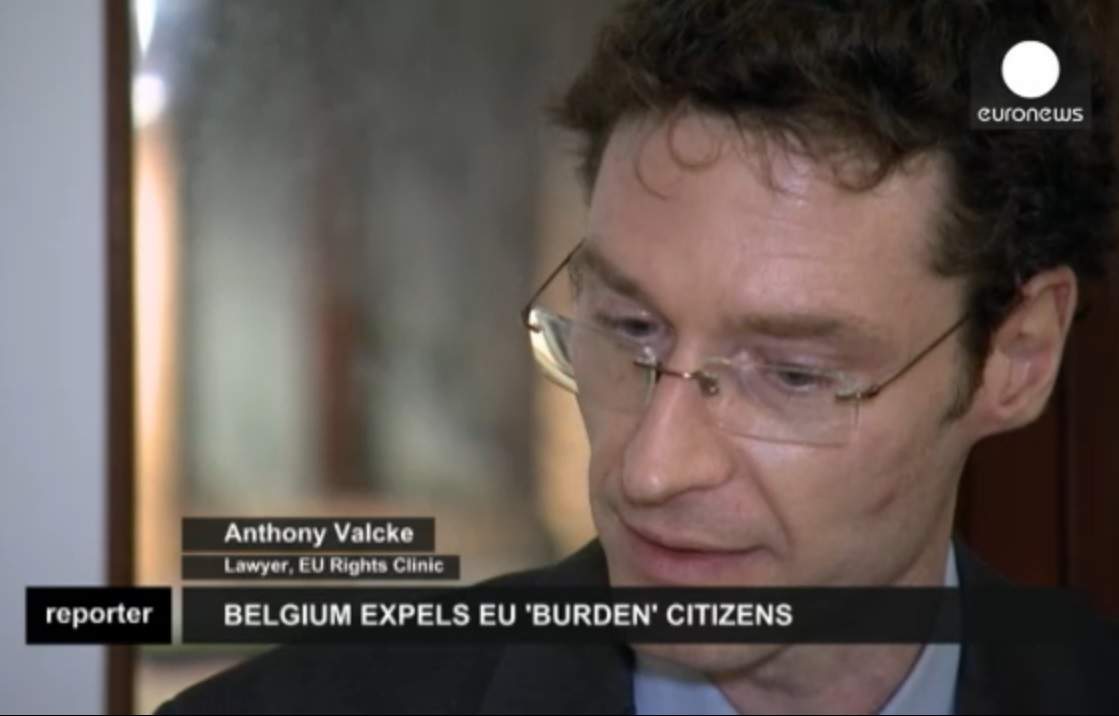 Our EU Rights Clinic’s professor, Anthony Valcke, was featured in Euronews’ special report about expulsions of EU citizens from Belgium.

The report focuses on an increasing trend of Belgian authorities to withdraw residence permits of EU citizens who lost their job in Belgium and became jobseekers or have no sufficient resources to support themselves. This resulted in an alarming number of over 10,000 EU citizens who were served with an expulsion order from Belgium between 2008 and 2015.

According to EU law[1], EU citizens can be expelled from a host Member State back to their country of origin if they cannot prove that they are looking for a job or pursuing a further education in order to improve their chances to get a job. The article argues instead that Belgium targets jobseekers systematically.

In the report Anthony Valcke comments on a situation of an EU citizen who has been working in Belgium for several years and is now facing expulsion because she started receiving benefits after having a work-related injury: “Under European rules, being a worker gives you the right of residence, and being a worker does not just mean you have to work, it also applies to people who have been working but who may have an accident at work. So during the time that they are off sick, or recovering from the accident, they retain the status of worker”.

Beyond that case, professor Valcke implies that Belgian authorities are too rigid in their application of EU Law as they do not assess the individual situation of each EU citizen that is facing an expulsion order as they should according to the referred EU Directive: “The EU rules require that there should be an individual assessment of each person’s circumstances before they can be expelled. What we see unfortunately is that assessement is not individual and personalised enough. These letters that people receive are not detailed enough to enable people to know what kind of documents they should provide, and they are not told that they should get legal advice at that stage”.

Read the whole article and watch the report here (Professor Valcke’s interventions from minute 04:07 and minute 06:08).