Home>Publications>ECAS at the CoR Conference on EU Citizenship

ECAS at the CoR Conference on EU Citizenship 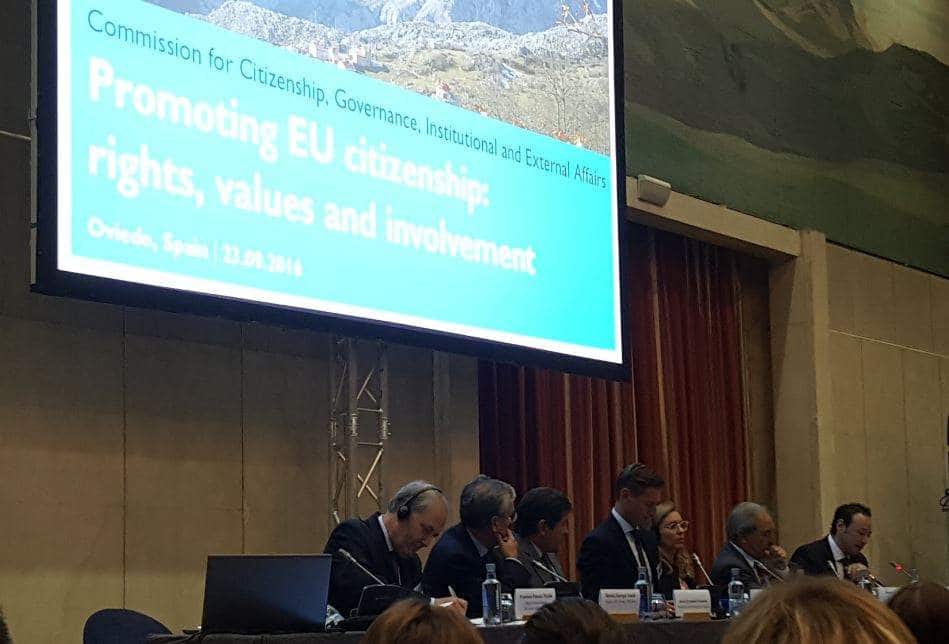 ECAS’ Director, Assya Kavrakova, was invited as a panellist to the Conference ‘Promoting EU Citizenship: rights, values and involvement’, which took place in Oviedo (Spain) on 23 September. The conference was organised by the Committee of the Regions, with the support of the European Commission and the regional Government of Asturias.

ECAS’ Director was invited as a speaker on the second panel, which focused on democratic and civic participation and EU common values.

1)      EU citizenship should be understood as a multifaceted concept which calls for a multi-level implementation. This means that those who are closest to the people, namely regional and local authorities, need to be actively involved in order to fully tap the potential that EU citizenship offers.

2)      The Brexit vote shows that the failure to explain the benefits and rights of EU citizenship and the added value of the European Union to citizens – including, but not limited to, free movement – can easily lead to their manipulation. Civic education and media literacy are key aspects to consider in this regard.

3)       In order to bridge the gap with citizens and regain their trust, EU institutions need to go beyond representative structures and traditional consultation methods. Research shows that over 40% of EU citizens, including young people, do not want to be represented but still want their voices to be heard. New technologies and the internet offer an excellent opportunity to engage with groups that are currently disengaged. Digital democracy and e-participation are not meant to replace our current model of representative democracy, but rather to complement it by strengthening the legitimacy of decisions that are being taken.

ECAS is organising its annual Digital Democracy Day on 18 October in Brussels. This year’s edition will focus on e-participation and its potential for reconnecting citizens with the EU. An analysis of 25 national experiences with crowdsourcing legislation and a proposal for a pilot at EU level will be presented.