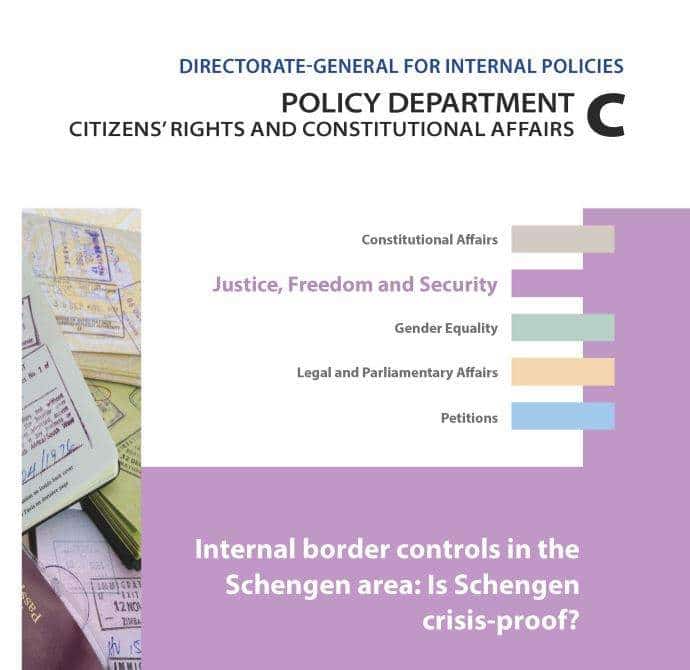 The European Parliament’s Policy Department for Citizen’s Rights and Constitutional Affairs has recently released the study “Internal border controls in the Schengen area: is Schengen crisis-proof?”, which analyses the Schengen area in the wake of the European refugee crisis and other recent developments. Despite suggestions that the end of Schengen is approaching or arguments that there is a need to get ‘back to Schengen’, the research suggests that Schengen is alive and well and that the temporary border controls introduced have, at least formally, complied with the legal framework. Nonetheless, better monitoring and democratic accountability are necessary.

The study was commissioned to the Centre for European Policy Studies (CEPS), with the participation of several European universities. ECAS also contributed to it by organising a stakeholder discussion in its premises on 7 June 2016 at the request of CEPS. The meeting brought together several civil society representatives and served to verify the research’s findings and to explore the role that civil society organisations can play in Schengen’s evaluation and monitoring mechanisms in place (see page 113 and following of the report).