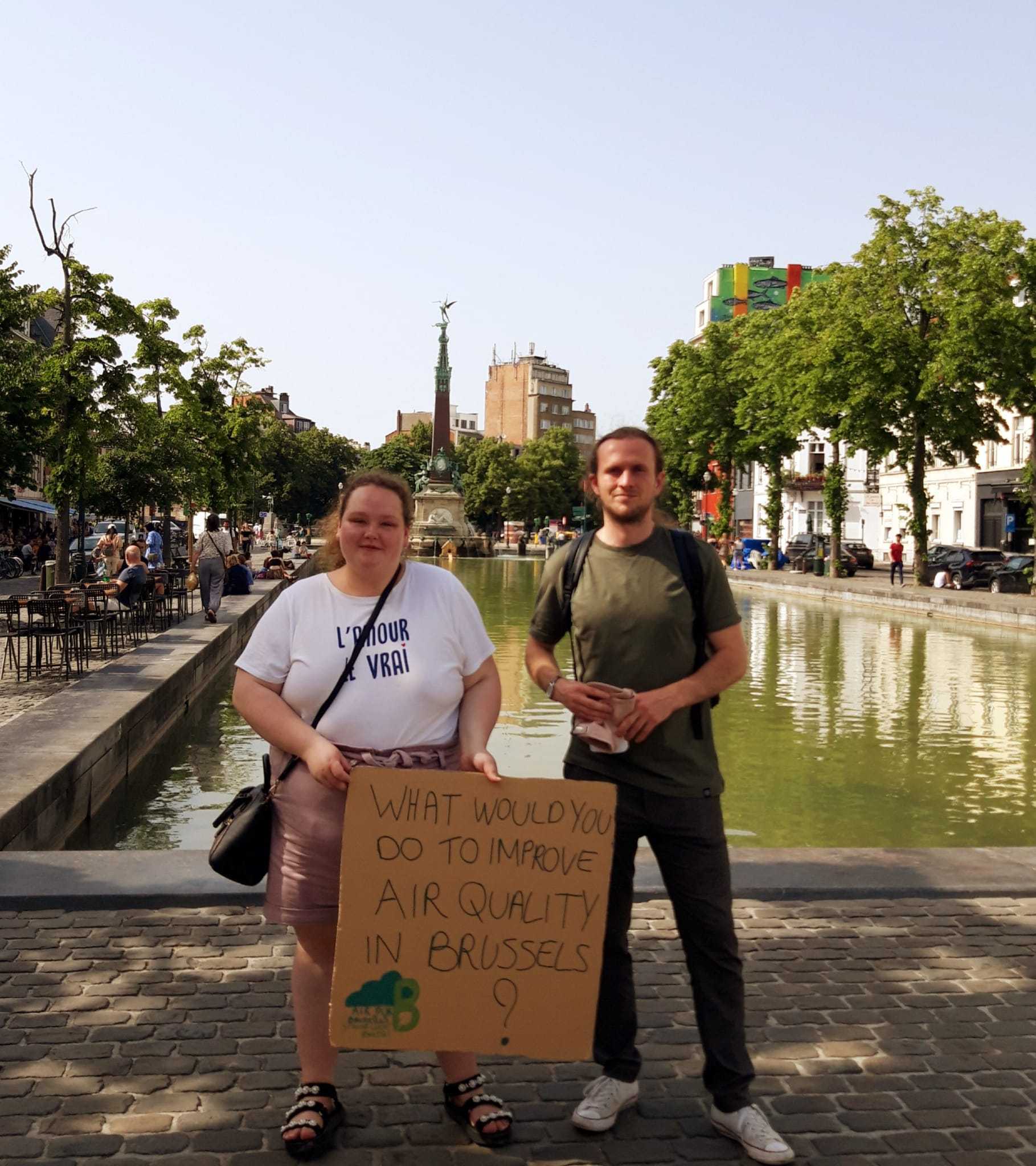 The ‘Brussels for Clean Air’ campaign is one of ten crowdsourcing pilots on the topic of ‘air quality’ being conducted across Europe during 2022 in ten cities as part of the DigiDEM and CODE Europe projects.  The crowdsourcing process took place in four phases and each phase had a specific platform and methodology, all coherently designed to channel the ‘wisdom of the crowd’ towards policy proposals. While the first ‘problem mapping phase’ had citizens identify the issues that air pollution brings to their daily lives, the ‘problem-solving phase’ platform was especially designed to foster the creativity of citizens and their interaction to reach policy solutions they would like to see proposed by their political representatives. Between each phase, the European Environmental Bureau and ECAS were conducting the analysis of citizens’ contributions. The results of these analyses were validated by the consortium of the CODE Europe and DigiDEM sister projects, who would agree on how to move forward to the next phase. The third ‘idea selection phase’ platform had citizens vote for their top five preferred solutions for better air quality based on the ones they submitted in phase two. While the first two phases were focused on the local level, in the third phase citizens were called upon to choose the priority solutions for mainly the European level. The top ten European ideas (the combination of all 10 cities) of this third phase were the basis of the policy proposals presented to citizens for commenting in the fourth ‘idea formulation phase’ of the crowdsourcing pilot which will run until 15 January 2022.

Next steps and lessons learnt from the campaign

In the aftermath of this year-long campaigning, the project’s consortium will advocate for the policy proposals of citizens at all the relevant levels of decision-making. Our objective is mainly to advocate at the European level as major legislations relative to air quality are being revised in the upcoming years such as the EU’s Ambient Air Quality Directives; The Industrial Emissions Directive and the Zero Pollution Action Plan or the National Emission Ceilings Directive. The diversity of Brussels in terms of languages and communities was a challenge for the ‘Brussels for Clean Air’ campaign. The campaign started in an online setting with mainly social media campaigning but there was the need to subsequently move the campaign offline to encourage more citizen participation and communicate with local organisations in their language. This change in campaign strategy led the ECAS team to a better understanding of the different socio-economic realities in Brussels and the decision to campaign in less privileged areas that were suffering from more air pollution.

Despite external circumstances that were on people’s minds, such as the war in Ukraine and subsequent energy crisis, ECAS managed to receive citizens’ participation on its crowdsourcing platform. The engagement of Minister Alain Maron as patron at the local level gave more legitimacy to the project and encouraged engagement throughout the campaign. ECAS also had the support of representatives of local civil society and formed a group of 7 citizen ambassadors to support in the promotion of the campaign. ECAS was present in local events, for example with a school intervention and active campaigning on the streets, to get citizens to share their ideas on air quality. However, engaging citizens was sometimes challenging due to that fact that citizens did not necessarily feel competent enough to share their solutions against air pollution.  Citizen participation was also more difficult if they were requested to provide a two-factor authentication system on the platform, as they did not feel comfortable in sharing too much data. Online campaigning proved to be not as effective as offline campaigning during challenging times, hence ECAS decided to focus on in-person campaigning across Brussels and organised a contest with prizes for the participants as an incentive.

The crowdsourcing on air quality in Brussels showcased the potential and challenges of e-participation as a tool to get citizens’ involvement on policy matters. In total 304 citizens actively contributed to the crowdsourcing, and we managed to gather in total 214 contributions which led to Brussels citizens’ top ten priority solutions for ‘air quality’ they think their political representatives should focus on in the next years.

In the problem-solving platform citizens in Brussels put forward their need for easier access to renewable energy sources to be able to move away from more air polluting heating systems for instance. On the basis of the discussion, the ECAS team had, with citizens on the streets of Brussels, the significant vote for this solution could mainly be related to the current energy crisis that has driven the cost of fossil fuels up and convinced the citizens that using cleaner, and especially locally produced energy was more sustainable in the long run.

This solution showed the understanding of the crowdsourcing pilot which aimed to target the local and European level of decision-making.

In the first and second phases of the crowdsourcing pilot in Brussels, the problems and solutions relating to soft-mobility practice and air quality were numerous. The citizens participating in Brussels complained about the share of public space dedicated to pedestrians and cyclists, the quality and quantity of safe infrastructure.

In the first phase in Brussels, one of the most important problems put forward by citizens was the lack and unequal distribution of green spaces between different communes.

The proposal of car-free cities included several proposals from citizens in the second phase. While some citizens proposed to close circulation in more residential areas, others proposed more car-free days or the exclusion of cars from the Brussels region by putting in place a complete ban through the Low Emission Zone or through a congestion charge.

The scope of public transportation was put forward as an issue by citizens in the first phase. One of the examples was workers not having proper transport connections to peripheral municipalities of Brussels such as Zaventem city.

Urban renovation was one of the topics put forward by citizens in our activities during the second phase of the campaign.

The citizens of Brussels, we encountered during the campaign in Brussels, were very interested in the results of the CurieuzenAir citizen science project, as well as in the outcomes of the first phase of our crowdsourcing project. The role of these campaigns in raising awareness around the issue of Air quality has convinced the participants of the importance of knowledge and science popularisation to understand the issue of air pollution.

This solution proposed by citizens is especially relevant to the European level of decision-making.

In every city pilot, during the third phase a local solution was added. In Brussels, the national company car system repeal was presented as a decisive solution to improve air quality. This solution was proposed several times on the second phase platform. Citizens insisted on the role of this system on the car pressure in Brussels and welcomed the idea of benefiting from its replacement with net income.