Over eight months after the referendum in the UK on 23 June, it is still unclear what will happen to the rights of the estimated 3.3 million Europeans living in the UK and to the 1.2 Britons living elsewhere in the EU. ECAS believes that, in order to make rational choices and exercise their rights, citizens need to be provided with evidence-based information on which they can rely. Only by knowing in depth the different options available will they be able to back the best possible deal when negotiations start and assert their rights once an agreement has been reached.

ECAS has joined efforts with three other partners – New Europeans (UK), the European Disability Forum (BE) and the EU Rights Clinic– to produce a thorough and objective analysis which considers how citizens’ rights will be impacted under different Brexit scenarios.  Using the study as its starting point, the project will pursue a three-fold objective:

ECAS is the coordinator of this project, which consists of three sets of activities: 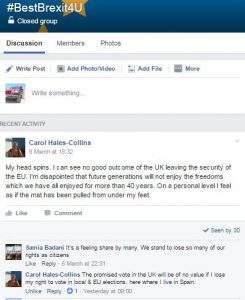 With the support of the Joseph Rowntree Charitable Trust
Contact: Huw Longton
Read our Study on Brexit and Citizens' Rights
Read the policy digest