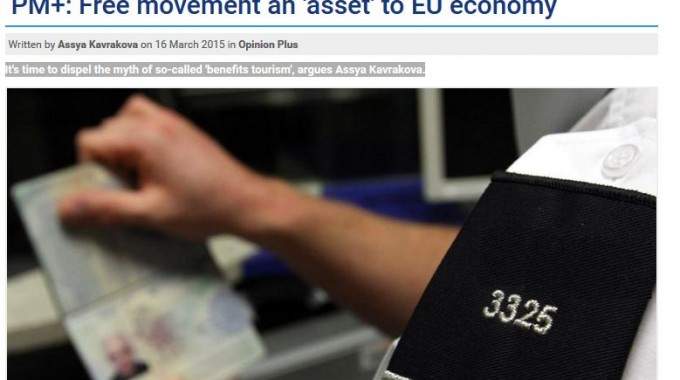 Our Director, Assya Kavrakova, released an article on the European Parliament Magazine yesterday on the necessity to dispel the myth of so-called ‘benefits tourism.

“Around 29 per cent of EU migrants have university degrees compared to 24 per cent of the total population.

In Austria, for example, just under a fifth of the total population has a university-level degree compared to just under a third of EU migrants living there.

As a result of post-enlargement mobility, the GDP of the ‘Old Europe’ EU 15 is estimated to have increased by almost one per cent between the years 2004 and 2009.

As well as being more active in the labour market and having higher employment rates compared to the native population, migrants also receive significantly less benefits and lower wages.”