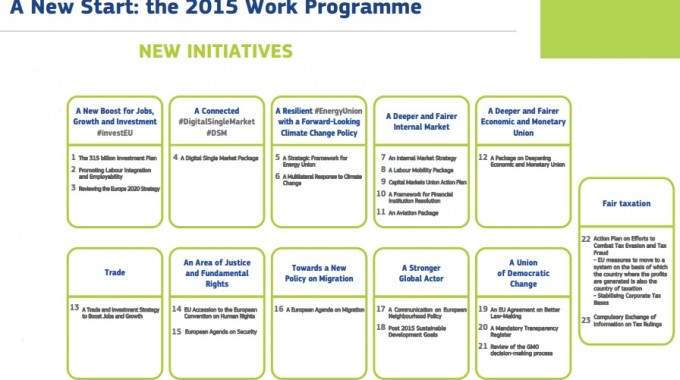 The European Commission released its work programme for 2015 in December, accompanied by claims from President Jean-Claude Juncker that the EU was going to be “bigger and more ambitious on big things and smaller and more modest on small things”. Clearly trying to match these claims, the 2015 Work Programme is a stripped back affair compared to previous versions, proposing only 23 new initiatives whereas previous versions proposed over 130. Similarly, the commission is withdrawing considerably more proposals made by the previous commission than has been the case in previous years.

Even among this reduced number of new initiatives, however, we spotted a few proposals of particular interest to ECAS and its members and partners. These include:

ECAS will be monitoring the Commission’s progress on these initiatives over the coming year and hopes it can live up to its promises on effectiveness and accountability.