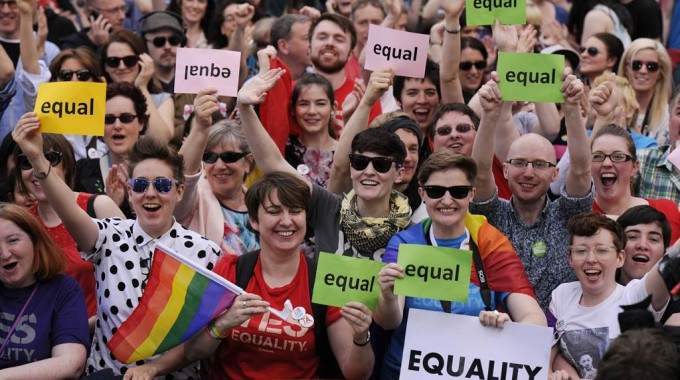 Same sex marriage is soon to become legal in Ireland, following the majority ‘yes’ vote at the historic referendum held on the 22nd of May to amend article 41 of the country’s Constitution in order to provide that marriage is recognised irrespective of the sex of the partners.

With this, Ireland has become the first country to have ever legalised same-sex marriage by popular vote – joining 9 other EU countries which have already done so using legislative means (see the full list of countries here). This milestone is all the more significant considering the weight that the Catholic Church has in the Irish society.

Legal requirements regarding civil marriage differ from one EU country to another – the main difference residing precisely in the right of same-sex couples to get married or not. This means that some countries recognise homosexual marriage, whether celebrated in the same country or abroad, while others do not. And even those that do recognise registered civil partnerships among homosexuals, they do not necessarily treat them as equivalent to marriage. Such differing national practices may undermine the effective implementation of the rights granted to married couples, such as the free movement rights granted to the family members of EU citizens, as laid down in Directive 2004/38/EC, or the right to joint adoption.

While civil partnerships between same-sex couples were already allowed in Ireland under the Civil Partnership and Certain Rights and Obligations of Cohabitants Act 2010, these partnerships were not treated as equivalent to marriage and could therefore not benefit from the same rights. This will change as a result of the recent referendum and Ireland will join the minority club of countries recognising marriage equality.

Rumours have it that the ‘yes’ vote in Ireland may push other countries, which currently do not recognise homosexual marriage, to open up on this issue. This has actually already started to happen in Germany, where a growing number of conservative politicians from Merkel’s party have stirred up the debate again around this issue, which was highly controversial during the previous Bundestag elections. Homosexuals currently do not have the right to get married in Germany, even though they have been able to enter into a registered civil union since 2001. However, as was the case in Ireland, such union offers fewer legal rights compared to marriage.