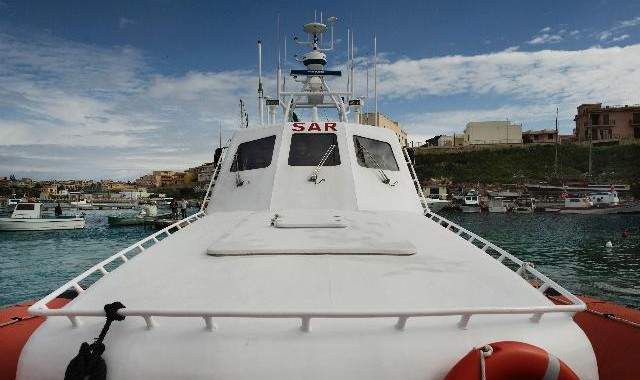 The second quarter of 2014, a three month period running from April to June, brought record high rates of illegal third country national migration into the European Union. Frontex has been collecting and releasing migration statistics since 2007 using aggregated data from thirty-one Member State border control agencies. (FRAN Q2, p.8). The 2014 second quarter saw the highest rates of illegal migration since 2007. Illegal border crossings were up 170% compared to the same time one year ago (FRAN Q2, p.5). The total number of both land and sea border crossings was 68,589 of which 90% were by sea (FRAN Q2, p.38). In total, over 60,000 irregular migrants were reported to have attempted illegal sea border crossings into the EU this quarter (FRAN Q2, p. 11).

The now infamous “Central Mediterranean” Route, which takes immigrants from Libya to the Italian islands of Sicily and Lampedusa, has seen immigration rates rise in response to current events (Frontex News). In 2010, the total illegal border crossings along this route were only 4,500. In 2011, with the start of the Arab Spring, numbers climbed to 64,300 (Frontex News). Whereas illegal immigration was once a result of low economic opportunity in third countries of origin, the civil unrest in Northern Africa and the Middle East spiked immigration rates as refugees began to flee violence and armed conflict (FRAN Q2, p. 6). For example, between January and March 2011, the first years of the democracy uprisings, some 20,000 Tunisians attempted the Central Mediterranean voyage (Frontex News). For additional evidence, consider that the second most common nationality reported on this central route is Syrian (FRAN Q2, 5).

These migrants leave their homes in search of safer soil and better economic opportunities in their neighborhood across the sea, the European Union. Desperate to migrate in spite of immigration restrictions and quotas, they place their lives in the hands of opportunistic human smugglers. Under the mercy of the smugglers, migrants are subjected to perilous conditions in rickety or under-equipped boats. Almost always over-crowded, these vessels are infamous for capsizing in inclement weather.

As a result, migrant deaths in the Mediterranean have been unbearably high. Statistics on the matter are difficult to discern, considering the vast size of the Mediterranean, the challenge of locating bodies, and the joint nature of the search-and-rescue efforts, among other factors. The only mention of migrant deaths in the “FRAN Quarterly” for April-June 2014 is a report of “83 fatalities” from “several tragic accidents.” This Frontex report can be juxtaposed against an International Organization for Migration (IOM) account which estimates the number of Mediterranean migrant fatalities to be closer to 3,000, as reported in a September 2014 Reuters article.

As migration and death rates have spiked, so has the demand for search-and-rescue efforts. In the two year 2011-2013 period Frontex had almost 900 search-and-rescue cases encompassing around 50,000 people in distress (Frontex News). In the 2014 three month second quarter there were 51,000 migrants rescued in a combined 274 rapid rescue missions by Italian authorities, Frontex Joint Operations assets and civilian vessels (FRAN Q2, p. 14).

Member State and EU actions in response to this crisis have been varied. Mare Nostrum, “Our Sea,” was a search-and-rescue program run by the Italian government between October 2013 and October 2014. Its monthly operations budget was over nine million Euros. According to a Commission press release, the EU had been providing 1.8 million Euros of External Borders Funds before it launched a new Frontex rescue mission, Triton, to support Italy on 1 November 2014. Triton will temporarily fill the gap left by the Mare Nostrum program that ended on 31 October. Triton will have a monthly operating budget of only 2.9 million Euros, compared to the previous 9 million of Mare Nostrum. This reduced budget will likely see an increase though with the Frontex 2015 budget. According to the press release, the European Parliament and Council have agreed to reallocate portions of the Internal Security Fund to finance the missions. The EU also passed Regulation (EU) N° 656/2014 which established rules for the surveillance of external sea borders in cooperation coordinated by Frontex. The final act was signed on 15 May and published on 27 June 2014. In the past, Italy has also responded to the immigration surges by pursuing bilateral and repatriation agreements with Libya and Tunisia in 2009 and 2011, respectively (Frontex News).

The EU and Member States have thus taken steps toward some action but as shocking incidents like the “Deadliest Weekend Ever” – a weekend in September when a total of approximately 760 migrants drowned in two separate accidents – continue to occur, some groups are calling for further reform. The United Nations High Commissioner for Refugees, António Guterres, has in a press release called the European states to “step up” their assistance. And now famously, the current Pope Francis has challenged the EU to take the steps necessary to prevent the Mediterranean from becoming a “cemetery” for migrants. In his November speech to various EU leaders in Strasbourg, Pope Francis called the EU to return to the “firm conviction of the founders” and remember the inherent value of human beings. His words spoke out against a consumerist approach to human life according to which a human is but “an object of trade or commerce.” Instead, he urges all to recognize the inherent value of human life. This challenge is apt for EU leaders discussing the migrant debate in which the policy formula can so quickly be reduced to costs versus benefits and a life becomes but a monetary consideration: nine million Euros per month minus two hundred and sixty illegal migrant deaths plus one nation in recession. It is also an apt statement in the face of a human smuggling problem where individuals have become cargo to be sold and shipped.

The Mediterranean migration crisis poses not only a public policy debate but also a challenge to the EU about which values it will continue to honor. The debate carries interesting similarities to that currently running between Member States and the EU regarding the right to free movement. Will the EU return, as the Pope says, to the fundamental values upon which it was built, or will it choose to limit its focus to the realm of the economic? How open, socially conscious and humanitarian will the EU decide to be? As the policy-makers decide, the Mediterranean takes another victim.

Image from European Commission Audiovisual Services “Launch of “Hermes 2011” by the European Agency for surveillance of borders (Frontex), in Lampedusa”