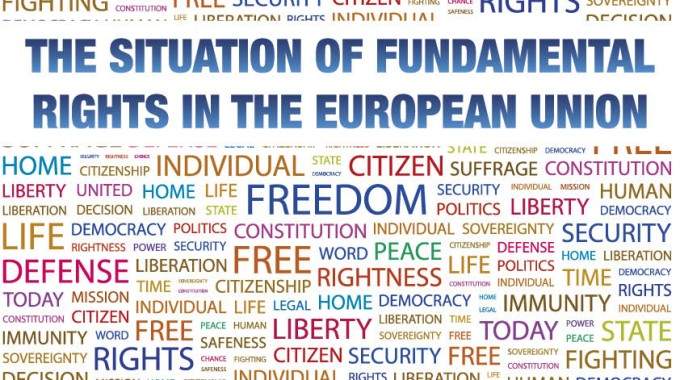 This study presents a synthesis of studies conducted in seven Member States regarding the impact of the crisis and the measures adopted in response to it affecting the fundamental rights of EU citizens. It reveals that economic and social rights have been the most severely affected overall, and in particular the rights to education, healthcare, work and pension – but also other rights such as the right to property, the right to housing, freedom of information, and the right to water which appear to be more country-specific.

The report argues that most of the cuts to public spending introduced in response to the crisis have been horizontal and indiscriminate, so as to meet the financial savings goals set, and have rarely targeted the wasteful use of public resources. While the urgency of reducing public spending at the peak of the crisis may have justified the adoption of such harsh measures, the study contends that the use of public resources should undergo a more systematic impact assessment from now on, allowing stakeholders to be involved and to contribute to the process. In addition, austerity measures should not merely serve as a temporary tool for fiscal and public debt consolidation, but rather as a means to address the structural weaknesses that led to the crisis in the first place. The study also calls on the EU institutions to strengthen and improve the monitoring and reporting mechanisms in place, both at EU and at the Member State level, in order to ensure that there are no regressions in the level of protection of fundamental rights in the EU.

The mainstream response given to the economic crises in the form of austerity measures has critically challenged Europe’s fundamental rights and values, in addition to its welfare systems. Against this background, the nomination for the first time of a Vice-President of the European Commission in charge of Fundamental Rights has given rise to high expectations among citizens and human rights organisations regarding an enhanced commitment by the EU to compliance with and realisation of those rights enshrined in the EU Treaties. The publication of a thorough parliamentary report analysing the state of play of fundamental rights in the EU and putting forward recommendations, and a first dedicated public hearing at the European Parliament on this topic, provide the first stepping stones towards achieving this objective. It remains to be seen, though, whether the EU institutions will live up to these expectations.