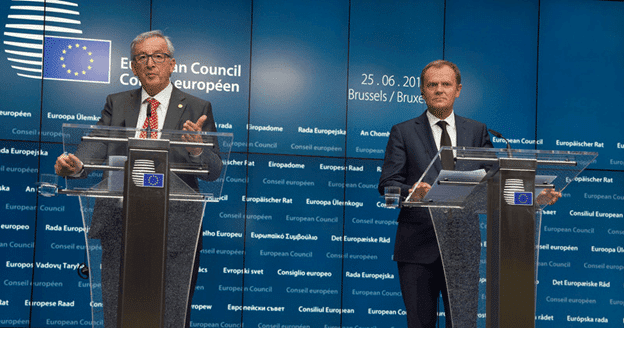 On June 16, 2015, BBC News reported that the number of migrants crossing the Mediterranean reached more than 100,000 since the beginning of the year, pointing to a real migrant crisis that continues to escalate in Europe, especially affecting the Southern European Member-States bordering the Mediterranean. In particular, of the total amount, 54,000 arrived in Italy and 48,000 in Greece, and the remainder in Spain and Malta.

With the increasing numbers of migrant entries from North Africa and Syria the European Commission invoked Article 78(3) of the 2007 Lisbon Treaty which states that “in the event of one or more Member States being confronted by an emergency situation characterised by a sudden inflow of nationals of third countries, the Council, on a proposal from the Commission, may adopt provisional measures for the benefit of the Member State(s) concerned. It shall act after consulting the European Parliament.” Pertaining to this article, on May 13, Commission President Jean-Claude Juncker proposed a European Agenda on Migration, which aims to reduce the incentives for irregular migration, save lives and secure external borders, strengthen the common asylum policy and finally to develop a common policy on legal migration.

On the road towards common policy, Juncker proposed a migrant distribution plan as part of the new Agenda. The plan suggests a mandatory distribution mechanism that will ensure a balanced participation of all member-states in sharing the responsibility of housing large numbers of refugees and asylum seekers by redistributing them after their initial application is processed in the country of first entry in accordance with the Dublin Convention, based on the GDP, size of population, unemployment rates and past numbers of asylum seekers within each member-state. Initially, the President suggested the redistribution of 40,000 asylum seekers in Italy and Greece across Member States and resettlement of 20,000 Syrian refugees currently in camps in Turkey, Jordan and Lebanon over two years.

The European Commission vice-president Frans Timmermans says the quota system should “give meaning to what intra-EU solidarity should look like”. Yet, far from reaching a common position on binding migration quotas, there is reason to believe that the Commission will face the challenge of adopting a mandatory system in light of the unilateral actions of the member-states that pose a threat to the solidarity of the Schengen signatories. In the past few weeks, Germany has temporarily suspended the Schengen Agreement for the G7 on the eve of the 30th year celebrations of freedom of movement within the Schengen Area. France refused entry to dozens of migrants from Somalia, Eritrea, the Ivory Coast and Sudan at the border of Ventimiglia, Italy. Most recently, Hungary suspended the application of asylum rules to protect Hungarian interests, only to reverse the decision the next day.

A two-day summit was held on June 25-26th in Brussels to tackle the migration and the Greek crises. The outcome was an agreement by all EU leaders to distribute 40,000 asylum seekers without binding quotas, in other words through voluntary quotas, and resettle 20,000 refugees in need of international protection. As a next step, the summit proposal asked member-states (except for the U.K, Ireland and Denmark) “to agree by consensus by the end of July on the distribution of such persons”.

Highly critical of the outcome and the possibility of a future consensus on the distribution key, Italy’s President Mateo Renzi made the following remark: “If this is your idea of Europe you can keep it…Either there’s solidarity or we are wasting time… If you want a voluntary agreement, you can cancel the whole thing; we’ll do it by ourselves.” Mateo Renzi may have a point, as European Parliament President Martin Schulz had publicly stated that “voluntary or intergovernmental schemes have been tried in the past and have failed…If this is to work, it must be mandatory.”

For now, the divergent interests on a prospective migrant distribution key pose a serious threat to finding a common solution to the migrant crisis. Italy and other southern European members are the strongest supporters of a binding quota system. France and Germany propose amendments to retroactively count readily accepted refugees within their territory. Poland wishes to take a radical approach to cherry-pick applicants based on their religious preferences, while Spain and Hungary have no interest in the resettlement of any refugees on their territory.