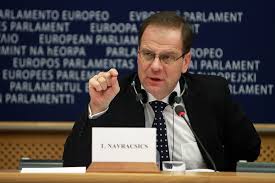 The European Parliament (EP) hearings for the Commission nominees have now concluded and an important decision has been made. The CULT Committee of the EP has officially rejected the Hungarian Tibor Navracsics’ nomination for Commissioner of Education, Culture, Youth and Citizenship. His rejection signifies that the Juncker team will need to be reshuffled.

Why was Navracsics rejected? Though he holds much prestige as the incumbent Hungarian foreign minister and a member of the Victor Orban’s party Fidezs, his portfolio assignment has been viewed as inappropriate due to contemporary conditions in his country of origin. Hungary has been under scrutiny in recent months over the government’s treatment of democracy and civil society. The four topics over which Navracsics was originally assigned, education, culture, youth and citizenship, are considered by many to be under duress in Hungary.

According to European Voice, a common idea is that the citizenship portion of the portfolio should be given to another commissioner and the other three policy areas should be left to Navracsics.

Navracsics is one of several nominees to have faced opposition from MEPs, NGOs and citizens, though he is the first to be officially rejected. In theory, nominees can refute their critics during the hearing process. Navracsics has done his best to convince MEPs of his commitment to the EU, European values and citizens. He repeatedly promised that he would listen to EU citizens during his years as Commissioner. He said he would work to bring EU’s youth closer to the policy-making and to give them more political voice. He emphasized his commitment to the issues of education, youth and sport, saying that he considers the modernization of education systems and the care of youth to be essential for boosting participatory democracy. On the topic of civil society, Navracsics promised to work to identify and celebrate organizations closing the gap between the EU and EU citizens. He also planned to continue working with “Europe for Citizens,” a program which has served as “an instrument to encourage civic participation and a sense of belonging” to the EU.

Yet these promises do not appear to have been convincing enough for the Members of European Parliament. MEPs remained skeptical of the pro-European statements made during his opening speech, likely due to the recently strained EU-Hungarian relations. They also doubted his commitment to civil society in light of Hungarian government “crack-downs” on many NGOs. His problematic nomination is highlighted by a response he provided to a reporter following his hearing:

– REPORTER: What aspect of your experience in the Orban government you would like to bring to Brussels?

– NAVRACSICS: I had really good relations with the NGO sphere. We made a task force and worked together with NGOs, tackling corruption with the NGOs…. It was by cooperation with the NGOS. As an experienced politician I can make coalitions for a good purpose and I would utilize that talent to make coalitions regardless of party lines just for the common interest of the European Union. /EURACTIV/

It is in the context of the current Hungarian political environment that Navracsics’ response becomes particularly concerning. Hungarian democracy has been deteriorating since the re-election of Prime Minister Victor Orban. The nation has experienced restrictions on media freedom, subjugation of the judicial system, breaches of human rights and an escalated attack against civil society organisations. “Europe +”, a cooperation of more than 40 civil society organizations of which ECAS is one, sent an open letter to MEPs on 22nd September in order to voice its deep concerns over the Hungarian situation. Read the full Europe+ statement to EP here.

Navracsics’ response to the reporter seems to contrast greatly with the reality in Hungary. Commissioners of the European Union are responsible for ensuring “that Member States fully respect the values of the EU and its acquis”. Questioning his ability to uphold this responsibility, EP asked Navracsics to submit written answers to six post-hearing questions. His answers were to be considered before the final committee decision was given on whether to confirm or reject his assignment. In his written reply, the Hungarian nominee expressed that, with his placement into the community-oriented institution of the European Commission, he is no longer part of the Hungarian government.

His written responses were still not enough to quell the EP doubts and on the 6th of October his assignment as Commissioner of Education, Culture, Youth and Citizenship was rejected.